We Reduce (Global) Energy Stocks To Neutral From Positive.

We recommend to secure profits after the good performances of oil stocks. 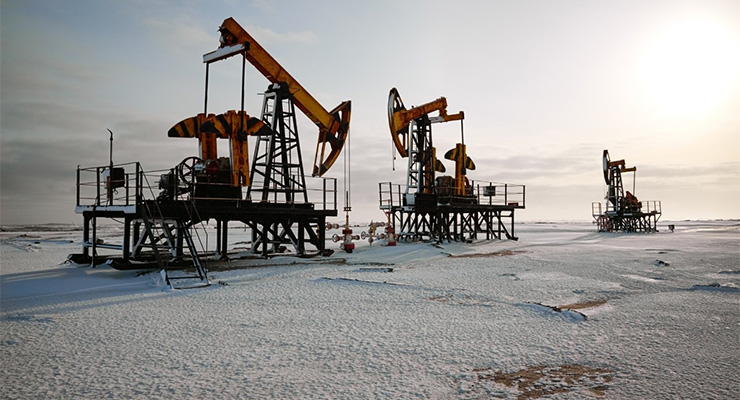 On stock markets, oil stocks stand out with a very good performance. They have outperformed by 5% over the last month in Europe and by 8% in the United States.

One obvious explanation is the recent evolution of oil prices. The Brent oil is currently at USD 75 per barrel against USD 45 one year ago. The geopolitical uncertainties, the agreement between the OPEC and Russia to limit their production and an acceleration in oil demand in a context of solid global economic growth have supported oil prices in spite of the rising production of US shale oil.

The oil recovery was excellent news for the oil majors. The rise in oil prices and higher production lifted companies’ earnings in the first quarter of 2018. Upstream activities went up and offset the modest growth in downstream activities. Cash flows now cover dividends and capital expenditure (capex). Dividend is no longer at risk and there is a rising pressure on companies to resume share buybacks.

Three years ago, when oil prices were low, most oil companies took restructuring and self-help measures. They controlled operating costs, reduced capex, improved capital efficiency. Thanks to these efforts, oil companies are now able to benefit largely from the recent rebound in oil prices.

We reduce (global) Energy to neutral from positive

In the very near term, energy stocks are expected to continue to react positively to geopolitical news. Oil prices have been supported by uncertainties on Iran sanctions by the US government. On May 8, President Trump decided to exit Iran nuclear deal and said that the US would restore all sanctions that were abandoned under the 2015 agreement. The US allies would have 180 days to reduce their deals with Iran. The impact of these sanctions could be less serious than the previous ones as the US is acting unilaterally. Some countries (China, India) may oppose US sanctions. Saudi Arabia pledged that they would work to stabilize the oil market.

Oil prices rose to USD76/barrel after the news of the US withdrawal. We thus consider that we are probably near the top of geopolitical uncertainties.

Moreover, the higher speculative net long position leaves near-term crude price vulnerable to decline. In a longer perspective, oversupply fears could reappear as the US production is expected to exceed 11 mb/d in early 2019, outpacing Russia as the first oil producer.

As a result, we expect the Brent oil price will remain between USD65-75/barrel.

Currently, European oil stocks are above their 2015 record. Although US oil stocks have lagged so far, they are near their 2016 levels. Oil companies are technically in overbought conditions.

In the latest BofA-ML fund manager survey, sector positioning has continued to improve significantly. After several years with a cautious stance in the sector, portfolio managers now say that they are overweighed in Energy (contrarian indicator). Their favorite sector however remains Technology. Although energy stocks are not yet expensive, they are less compelling today. The relative Price to Cash flow ratio of oil stocks has risen to 70% in Europe (from 60% in June 2017), its highest level in four years. The sector is somewhat reflecting the companies’ improving fundamentals.

In this context, we recommend to secure profits and reduce (global) Energy stocks to neutral from positive.