Non-farming buyers set the pace in the English farmland market. 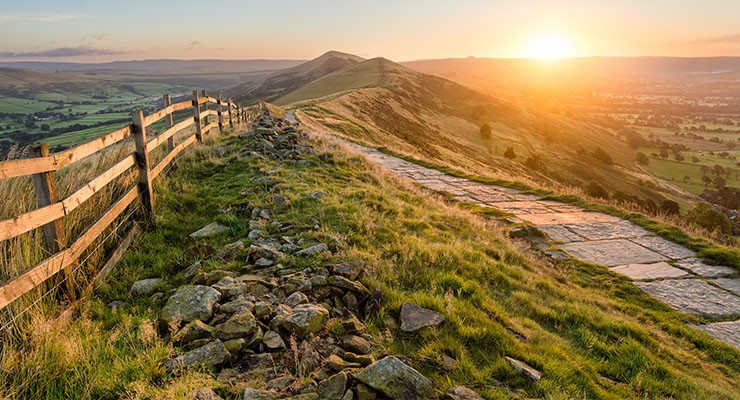 The farmland market has proved more resilient than many might have predicted considering the Brexit-related uncertainties and practical challenges posed by the weather over the past 18 months.

Despite an increase in the supply of farmland in the market, average prices have remained stable. The average price of arable land sold in 2018 was €26,710/hectare, which is 2% higher than the average in 2017. This is only a little below the average for the past five years, but a drop of €3,690/ha versus the peak record seen in 2014-2015.

Of course Brexit and the question of the future of agriculture in the UK are on everyone’s lips. The agriculture bill, published last September, has not completely reassured the rural world. The British government has confirmed its intention to maintain agricultural aid until 2028, certainly with a gradual decline over seven years. Obviously, this announcement has had a negative impact. Faced with this level of uncertainty about farm income, the percentage of land purchased by farmers is decreasing. This lack of confidence within the agricultural sector is also reflected in the decrease in the volume of loans for land purchases. However, agricultural profitability is not the only factor that determines the price of land in the UK. Indeed, it is not only farmers who buy land. Over the past two years, non-farmers have played an increasingly important role in the most popular locations where there is already strong demand. Diversification and buying a fabulous estate for pleasure purposes are their main objectives. Such investors are attracted to tangible assets as they see rural land as a safe-haven investment, without return being their key priority.

So there is a wide range of prices, depending on buyer types and the location of estates. Looking ahead, assuming there are no big changes in tax regimes, the price range will widen. 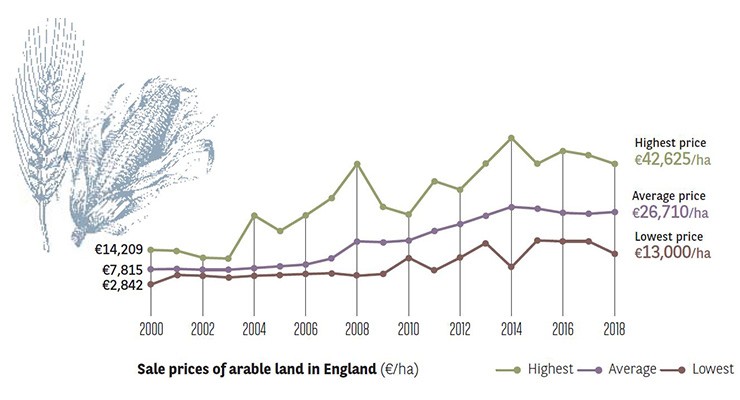 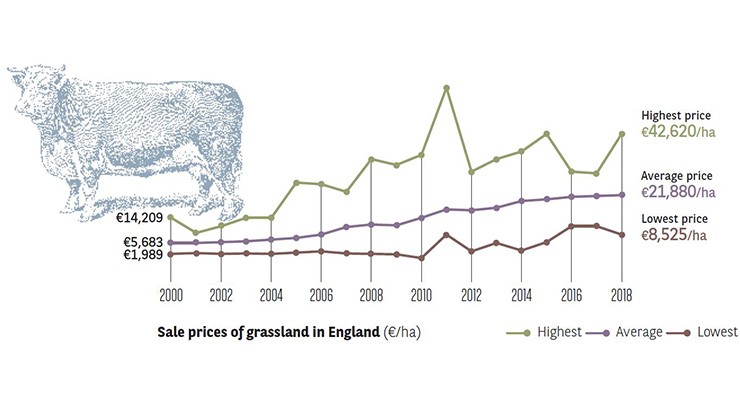 There was an increase in the volume of farmland publicly marketed in 2018 — almost a third more than in 2017. It is only the second time in a decade that this figure has been more than 48,470 hectares. The main reason for this increase was a rise in the number of farms over 400 hectares put on the market. Collectively, these larger farms accounted for 14,890 hectares, compared with 5,825 hectares in 2017. Private sales are not included in the figures.

Overall, the total number of farms publicly marketed remains relatively stable (at around 220-230), but the average size of farms being marketed has increased. However, in the context of Brexit, there has been a fall in the amount of land being marketed as people wait to see what happens..

Size of farms: a narrow market for large estates

Most farms for sale are below 200 hectares (83% of total). The strongest demand for farms seems to be those which fall into the intermediary (200-400 hectares) bracket. Only 27 farms between 200 and 400 hectares were marketed, which is about the same as in 2017.

Arable farms accounted for the largest number of farms marketed in 2018. The South-West, East of England and South-East remain the most active regions for farm sales; they are also the most active for private sales. Northern England remains the least active area.

There was a large increase in the number of livestock farms for sale, particularly in the South-East and South-West. Large arable farms, mixed farms and small farms (less than 100 ha) are on the market for above €34,100/ha.

Main buyers from the rural world

Farmers account for approximately 60% of buyers. In spite of the lingering fears about agricultural subsidies after Brexit, farmers continue to invest and remain confident in the future. However, with the likely fall in their income, they are more cautious now and are buying land less and less with loans. Lifestyle buyers, private investors and institutional investors continue to buy around 40% of farms sold.