Hard work, professional guidance and years of preparation ensured that when Justin Harvey succeeded his grandfather at the helm of his multi-million dollar industrial firm, success stayed in the family. 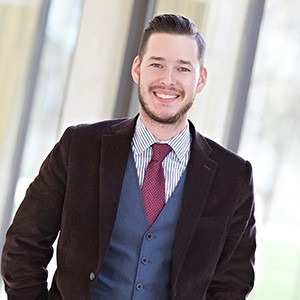 CEO and owner
A+ Corporation

Late maverick inventor Don Mayeaux founded Louisiana’s A+ Corporation in 1989 to manufacture a ground-breaking product that has transformed the way the global natural gas industry operates.

His Genie® brand sampling system, which allows gases but not liquids to pass through a material thus enabling testing, is used in a variety of sectors from beer production to methane gas emission monitoring, remains a family affair, with the company fully-owned by a third generation of Don’s relatives.

His grandson Justin Harvey, 34, is now CEO and owner, having first bought a 49% stake from his mother and CFO Sheila Harvey in 2015. In January 2019, Justin and his wife, Shannon, purchased the remaining 51% from his mother, who subsequently retired, completing an ownership transition that provides a template for other family-owned companies to follow.

With the company now boasting annual revenues of around $12 million and the holder of about 50 patents, Justin plans to take the family firm to new heights with the help of Shannon, who is also the company’s chief operating officer.

Already the market leader in North America, A+’s products are sold in all developed markets where natural gas is produced. In the long term, the company’s goal is to generate 50% of its revenue from North America and the remainder from other continents.

Planning for Justin to take over began in 2007, a process that accelerated following Don’s death in 2012. First, Sheila bought out her brother Keith in 2014, before selling the company to Justin in two transactions over five years.

“I was given a golden opportunity and I'm very blessed for who my grandfather was, but I will stand in front of God and say I was not given anything. I've purchased every share that I own, and my debt load will attest to that," says Justin.

Having completed a 12-year succession process, Justin has advice for family businesses considering their options.

“For any entrepreneur that's looking to have a succession plan other than to sell it to a third party, you should start early. Entrepreneurs must get to the point to where they're not the nexus for everything at their company. That was probably the hardest part of our succession, that my grandfather never let go of control.You have to get a good family business advisor - you must bring in outside expertise so that you can look into your blind spots, while you also have to help your middle and upper managers grow.”

This tallies with the findings of the 2019 BNP Paribas Entrepreneur Report, which surveyed 2,763 business owners in 23 countries, worth a total of $16 billion.

Among companies in the early, Growth stage, just 9% envision selling to a third party. Yet for businesses in the final, Transfer stage, and whose owners are on average aged 61, that figure jumps to 41%, indicating that many were unable to find a suitable heir to take over their company.

Not so for Justin and the A+ Corporation, where his long career with the company began long before he dreamed he would ever assume the reins.

He began working for the family firm part-time while in high school. He took a full-time role in 2004, combining his work with studying for a degree in Business Management at Louisiana State University. Having graduated in 2009, he steadily moved up the company’s ranks, becoming President in 2015 and then CEO in 2019.

“My first job was as a parts washer and I've been lucky enough to work in every department except for accounting, so I've seen a little bit of nearly everything,” says Justin.

While he hadn’t envisioned becoming CEO from a young age, he was very close to his grandfather and would proudly show off Don’s inventions for “show and tell” at school.

“When I joined the company, I wasn't considering it as a career and started at the lowest level, but then I realised there were opportunities for me here,” says Justin. “That was when I decided to go to college. By the end of my first class, I knew my goal was to own the company.”

Now that ambition has been achieved, Justin is working on a 10-year plan with Shannon.

“I don't expect we'll land exactly where we expect, but the 10-year goal informs where we need to be in five years. Planning is very important, both on the long run and on the short run,” says Justin.

That, of course, includes succession preparations.

“The worst thing that can happen - particularly in a small company – is if the owner says, ‘I've had enough, I'm ready to retire and I want to be gone in three years,’” cautions Justin.

“That’s just not enough time … ultimately what they're left with is just hard assets. They don't really have anything to sell.”

Download the 2019 BNP Paribas Global Entrepreneur Report for a complete analysis.
For a quick overview, see our infographic.