Daumantas Dvilinskas : Getting The Go For International Transfers 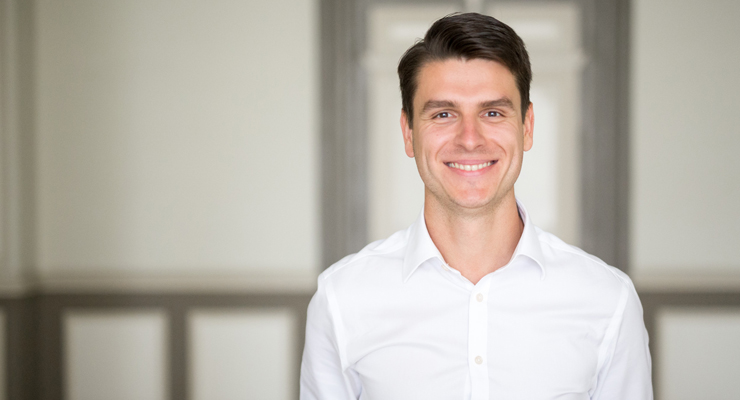 Like many students graduating in the aftermath of the global financial crisis, Daumantas Dvilinskas couldn’t find a decent job, so he and some classmates from Britain’s Lancaster University decided to go into business themselves. Their first venture Pinevio, a rival to the nascent Pinterest, didn’t succeed despite securing funding from the United States and Europe, but the experience proved priceless as Dvilinskas went on to co-found London-based TransferGo, a revolutionary FinTech company transforming cross-border payments.

Always with a mind to environmental issues, the genesis of TransferGo came to Dvilinskas, 29, while he and his business partner were operating a company providing sustainable luggage. “My co-founder [Justinas Laseviciu] and I were running an import-export business supplying UK universities with eco-friendly linen bags produced in the Baltics,” says Dvilinskas, who grew up in Lithuania. “We faced a big problem in making cross-border payments, which was affecting our supply chain.”

Payments would take 3-4 business days and cost 7%, so the pair began paying suppliers from a personal bank account in the Baltics and topping that up occasionally from an account in the UK.“Suddenly, we were paying our customers in real-time and consequently we got better deals from them, so our costs decreased. Many people we knew, both individuals and businesses, were facing the same issues so we decided to offer the service to everybody else, with the clear vision to provide real-time cross-border payments that would be as fast as a local transfer.”

It was in this way that TransferGo was launched in 2013, with a keen eye to solving a business need and creating a positive social impact.

“We started with expats, the European diaspora who are regularly sending money home,” says Dvilinskas of the origins of the company that now counts more than 350,000 clients across Europe and lays claim to be the only service of its type to offer a 30-minute bank-to-bank settlement in Europe.

“That's one of the main reasons why our initial target was the diaspora - for people who need the service the most,” says Dvilinskas. “It's all about making a positive social impact for these people. That's the main motivator to run this business. We’re building great services for them because they need it. I know plenty of successful people in my age bracket who have similar motivations in different industries."

“Social impact comes first, and a successful business is a by-product of that, because if you're creating value for the customer, they will pay for that value. Customer value comes first; if you put profit first, you may make a lot of bad trade-offs.” 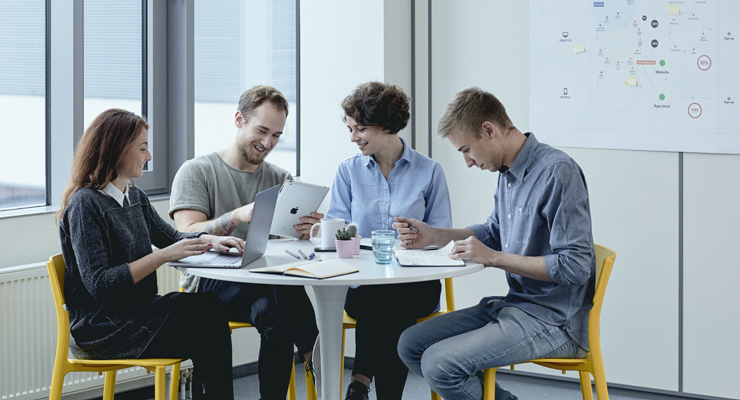 Consumers, who are the company’s main clients, no longer need to queue up at a money exchange to send cash abroad, or use costly bank transfers that take several days to arrive. Instead, they can simply use TransferGo’s mobile app or log in online.

This focus on satisfying a need and creating a positive impact is one of the key findings in the new 2018 BNP Paribas Entrepreneur Report.

It reveals millennial entrepreneurs – or “Millennipreneurs” – are more likely to define their business success not only in terms of profit, but also in terms of making a social impact, a finding that chimes with Dvilinskas’s personal philosophy. TransferGo’s swift success led Dvilinskas to be named on the 2017 Forbes 30 Under 30 Europe list for finance and he, like many millennials, follows a different entrepreneurial ethos compared to founders from older generations.

“The difference is more about being digitally native,” says Dvilinskas. “I don't remember the world without the internet, so we look at things slightly differently to those who grew up in the pre-internet age. Digital comes easier to us. We don’t have the baggage or legacy thinking that a banking veteran would – it’s easier for us to have an open mind as to how financial services should be designed,” he adds. “That's a big advantage over more experienced people in our business.”

TransferGo has grown rapidly now employing 75 staff and operates from offices in London’s Canary Wharf. Currently, it remits money to 45 countries including China, Mexico and Australia.

However, being able to execute cross-border money transfers so quickly was less of a technological quandary and more of a challenge in terms of building relationships with banks and other financial institutions.

TransferGo has opened a myriad of accounts, with multi-stage compliance checks taking up to six months. Five years of hard work later and the company now boasts partnerships with more than 60 banks around the world. Customers pay TransferGo locally, then the company swiftly makes a payment to the recipient from a local account in the destination country – a “local-in, local-out” solution, according to the commercial video. Although customers may think they’re making an international transfer, in reality no money crosses borders.

“We’re disrupting the cash industry by offering a cheaper, faster and more convenient solution. We're bringing customers to banks’ digital platforms. It's a very successful partnership. The only loser is cash.”