The most important startup ingredient? The entrepreneur 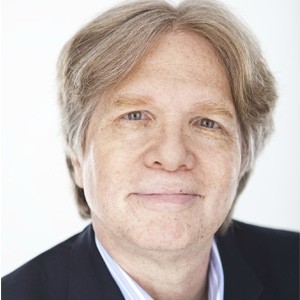 In an entrepreneurial career spanning more than four decades, David S. Rose has been involved in everything from tourism to music, marketing and finance, but there’s one field which excites him above all others: technology.

“Whether you're looking at things like blockchain, autonomous vehicles, drones, AI, or extraordinary medical developments, we’re on the cusp of a world we can't even conceptualize,” says the affable New Yorker, who despite a daunting schedule as a CEO, serial entrepreneur, super angel investor, best-selling author and keynote speaker, happily chatted for more than an hour about his life-long passion for innovation.

“Literally everything is up for grabs. It isn’t just one thing that is going to change the world.”

The 2,763 Elite Entrepreneurs surveyed for the 2019 BNP Paribas Entrepreneur Report seem to have a similar outlook, with 55% of respondents – who combined have a net worth of $16 billion – invested in technology companies, either through direct investments, mutual funds or ETFs.

Yet Rose and his fellow entrepreneurs do not see technology as an end in itself – it’s what technology can enable that matters. Existing technology, without inventing anything new, could revolutionise the entire world when applied by entrepreneurs to new fields, Rose believes.

“Do you consider Amazon a ‘tech company’? Netflix? Apple? One of these is a supermarket, another is a movie theatre, and the third a telephone maker. Uber is a taxi dispatch company. Airbnb is a hotel reservation company,” says Rose.

ANGELS WITH AN AGENDA

Nearly a quarter of entrepreneurs surveyed by BNP Paribas Wealth Management are angel investors. Their reasons for doing so are varied, with 63% citing the prospect of higher investment returns and 52% seeking to support and mentor new entrepreneurs. Whatever their motivations, angel investors don’t hand over their money easily.

“Everything has to fall into place to make an investment,” says Rose, a founder and funder of over 100 companies and CEO of Gust, the world's largest online platform and community for entrepreneurs and early-stage investors.

“Only a tiny percentage of companies receive investment and therefore for that to happen, everything has to line up.”

The criteria he cites as investment prerequisites include: a large and growing market, a great team, valuations that work and a business model that makes sense.

“If you ask me what the single most important ingredient is, the answer would have to be the entrepreneur,” says Rose, who was the first investor and board chairman at JUMP Bikes, which was bought by Uber in April, while his current angel investment portfolio includes stakes in encrypted communications provider KoolSpan, commercial real estate crowdfunding platform RealtyMogul and RegTech firm PerformLine.

The BNP Paribas report also found that entrepreneurs have increased their allocation to equities, which on average now accounts for 20% of their asset portfolios, as the tech-led stock surge on U.S. markets spurred respondents to up their exposure.

Rose and his wife have very different investment strategies - while he prefers private equity and angel investing, she only buys shares in publicly-listed companies. In the late 1970s, Rose advised her to invest in Apple, then a little-known, niche computing company. She bought $5,000 of Apple’s shares and has never sold.

“At today’s prices, she paid the equivalent of about $0.25 a share. My angel investments could all blow up and fall apart. But luckily, I married smart. She never sells, she buys and holds. She has every stock she ever bought,” says Rose.

Today’s entrepreneurs know their own achievements affect wider society and an increasing number of business founders consider how positive an impact they’ve had when assessing their overall performance.

Yet this altruism is not divorced from hard-headed business decisions, with 49% of entrepreneurs surveyed by BNP Paribas Wealth Management measuring the success of their socially responsible investments (SRI) according to the financial returns these achieve. Such an approach chimes with Rose.

“In impact investing, you often hear of companies who want to create a double bottom line – make money and do good in the world,” he adds. “But in reality, ‘doing good for the world’ simply cannot be put into the same economic equation as ‘making money’ - one of these has to be prioritized over the other.”