Entrepreneurs: Making the Planet a Priority

Safeguarding the environment is a critical priority for Elite Entrepreneurs who are determined to have their investment and business strategies achieve positive impact.

Almost nine out of ten Elite Entrepreneurs judge environmental degradation a concern and see climate change as an urgent threat, according to the new 2018 BNP Paribas Global Entrepreneur Report.

The study, produced in association with Scorpio Partnership, discovered a fascinating surge in the importance Elite Entrepreneurs accorded to positive impact and sustainability, with 39% now using it as a metric of business success – up from 10% only two years ago.

The Paris climate accord, which came into effect in 2016, and the United Nations Sustainable Development Goals adopted in 2015, have helped propel environmental protection, climate change and energy use to the top of the media and policy-making agenda. 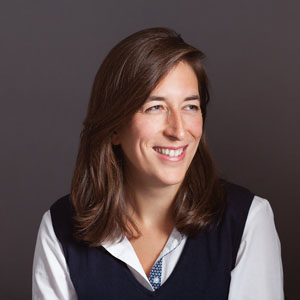 “The Sustainable Development Goals help identify how everyone – not only governments, but most importantly the private sector and civil society – can participate in having a positive impact on our planet's social and environmental challenges.”

This call has been heeded among the entrepreneur community, who are determined to incorporate positive impact into their business and investment strategies.

Of this year’s Elite Entrepreneurs, 55% have committed some of their wealth to responsible assets. Those making such investments were asked in which areas they seek to make a positive impact – safeguarding the environment and job creation were cited by 38%, making these the most popular causes, while other environmental concerns scored heavily – clean energy (36%), clean water (24%) and famine (24%). 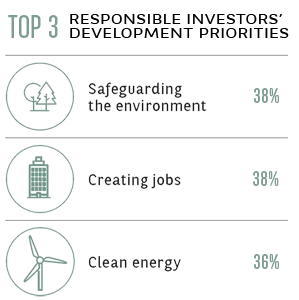 Geographically, nearly half of all respondents from Asia are focused on protecting the environment. Typically, their main worries are local, which is reflected in these differing priorities, says Bedel. “With pollution making the air quality in many of China’s cities dangerously poor, Chinese entrepreneurs know the environment is a huge issue and also a business opportunity if they can find solutions to these problems. Not only that, but they want to make a difference for their own health and that of their family and people. That’s why the environment is so important to Chinese entrepreneurs.”

The report surveyed 2,700 Elite Entrepreneurs and divided them into five categories: Millennipreneurs – those born from 1982 onwards; Ultrapreneurs – the wealthiest business founders, with net investable wealth of $25m or more; Serialpreneurs – who have started four or more businesses; and Boomerpreneurs – born before 1962. Women Entrepreneurs, who make up 40% of the sample, have a separate category, as well as being counted among the other designations.

Millennipreneurs were significantly more focused than the average on achieving positive impact. A total of 46% said they use social impact as a metric of success, compared to an average of 39% for all Elite Entrepreneurs.

A total of 67% of Ultrapreneurs are responsible investors, with 38% seeking to invest in projects designed to safeguard the environment, while Serialpreneurs are more convinced than the average that entrepreneurship is the best way to achieve global or local impact (86% compared to 80%).

Meanwhile, Boomerpreneurs were less convinced by the merits of impact investing, with only 45% of them having exposure to social or environmental impact investments, compared to an average of 55% among the Elite Entrepreneur community as a whole.