Nanz Chong-Komo: From Catwalk To Consultant
YOUR WEALTH
HAS A VOICE.
LET IT BE HEARD.

Nanz Chong-Komo: From Catwalk To Consultant

Former model turned Serialpreneur Nanz Chong-Komo is supporting the environment and entrepreneurs following in her footsteps. 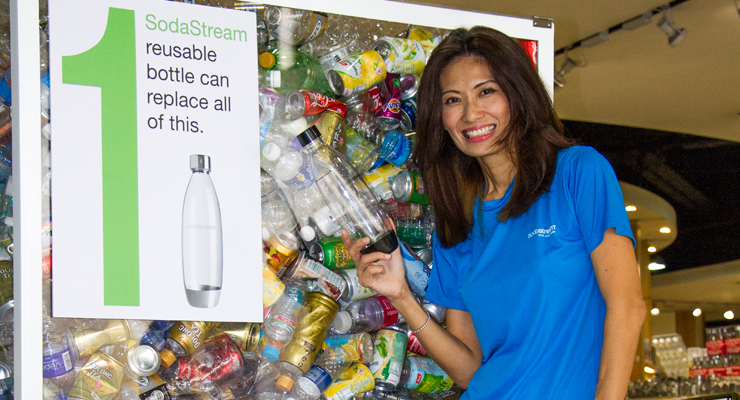 “It's only after we've lost everything that we're free to do anything,” Fight Club’s anti-hero Tyler Durden proclaimed, and such wisdom proved all too true for Singaporean retail tycoon Nanz Chong-Komo, who bounced back from personal bankruptcy to become a best-selling author, women’s advocate and environmentalist.

The former fashion model had been a darling of Singapore’s business community, winning a string of entrepreneurial awards after she launched the ONE.99shop in 1997. The stores, which sold all their products for a fixed price of S$1.99, were a hit with shoppers and soon 21 outlets dotted the city state, raking in annual revenue of over S$ $14 Million ($10.4 million).

But then the cash-reliant business collapsed following the outbreak of Severe Acute Respiratory Syndrome (SARS) in late 2002, which sent tourist numbers plunging and frightened Singapore residents into staying at home for fear of contracting the deadly disease.

Chong-Komo’s company went into liquidation and she was declared bankrupt. A traumatic and humiliating experience, and for many, such a business failure could have convinced her to retreat from public life. Instead, the ebullient mother-of-three vowed to use her experiences to her advantage, re-launching her entrepreneurial career with new ventures aimed at making positive impact on society. First, she distilled the rise and fall of her retail empire into a best-selling book, One Business 99 Lessons, aimed at helping would-be entrepreneurs.

Impacting the lives of people

“You cannot just sit at home and wallow, you have to keep moving,” says Chong-Komo, 47. “Another lesson is to have courage - don’t be afraid to make a big, drastic change even if it may rock the boat. Don't waste an ounce of bad experience.”

She subsequently wrote two more books, Overcome and Bringing Out The Entrepreneur In You. The latter is a step-by-step guide to succeeding in business, from first adopting the correct mindset to developing practical skills such as marketing and applying emotional intelligence to get the best out of professional interactions. 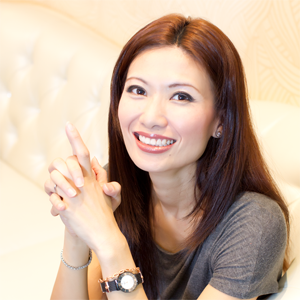 “Entrepreneurship is to create new things, to make a difference and impact the lives of people and society.”

She is not alone in prioritizing such causes – 39% of respondents of the 2,706 in the 2018 BNP Paribas Entrepreneur Report say they judge their success on whether they have made a meaningful difference, up from just 10% two years ago. By that measure, Chong-Komo has certainly succeeded. Emerging from personal bankruptcy in 2009, she launched an online platform for entrepreneurs to connect, inspire and support each other.

“I didn’t want to do the same thing. There are many ways to do business – retail is just one of them,” she says. “Entrepreneurs should give themselves the opportunity to look around for people with different strengths, because the business landscape is too hard – you can never really succeed all by yourself. Some people are more sales orientated, some are more strategic, some are more pastoral at heart and can groom their staff better.”

Chong-Komo doesn’t just believe in helping fellow entrepreneurs from afar. She has mentored for the Young Women’s Leadership Connection since 2008, likewise for the Cherie Blair Foundation for Women from 2014 onwards, also becoming a sought-after public speaker. In 2010, she addressed the inaugural APEC Women Entrepreneur Summit, which was co-founded by Hillary Clinton, while in 2013 she spoke at the Global Entrepreneur Summit initiated by Barack Obama.

Chong-Komo also runs her own business consultancy, which has advised and given talks on multiple local and international brands including Sony, Intel, IBM, Unilever and Prudential Insurance.

She is an environmental advocate, highlighting the positive impact that can be achieved from consumers making simple lifestyle changes. “In most of Asia, few people care for the environment,” she laments. “As a first world nation here in Singapore, for example, we are quite behind in caring for the earth. I believe it’s the responsibility of every individual to make that difference and it is up to every entrepreneur to be a leader who walks the walk as well as talks the talk! In my company, we continue our efforts to change mindsets one person at a time.”

That outlook also provided a business opportunity. As well as designing and selling her own range of accessories, her firm is regional distributor for SodaStream. She estimates one re-usable SodaStream bottle can reduce consumption of around 2,000 cans or bottles annually. SodaStream carbonates water, with fresh fruit or low-sugar fruit mixes added to give flavour, providing a low-sugar alternative to the likes of cola.

Her firm has built enormous "Cages of shame" containing cans and bottles highlighting the volume of containers that consumers frivolously use daily.“We make it a point to display them at our events to make a statement of our habits that cause harm to the environment,” says Chong-Komo, stressing social impact can boost, not detract, from a company’s profits.

“We look for partners who understand the need to use less plastics or to have employees live healthier by consuming less sugar. To switch habits is hard but we have made some amazing progress! We have moved into public places to educate about a healthier lifestyle.”