Sector Strategy : In Pro-Cyclicals We Trust !

The markets have already priced in a sharp slowdown in growth. Equity risk premiums have returned to attractive levels since the recent sell-off.  We see a large gap between fundamentals and valuations;

We thus stick to our positive view on pro-cyclical sectors: (Materials, Industrials), Financials (Banks and Insurance), Telecom equipment in Europe and Energy. We are also positive on Pharma. 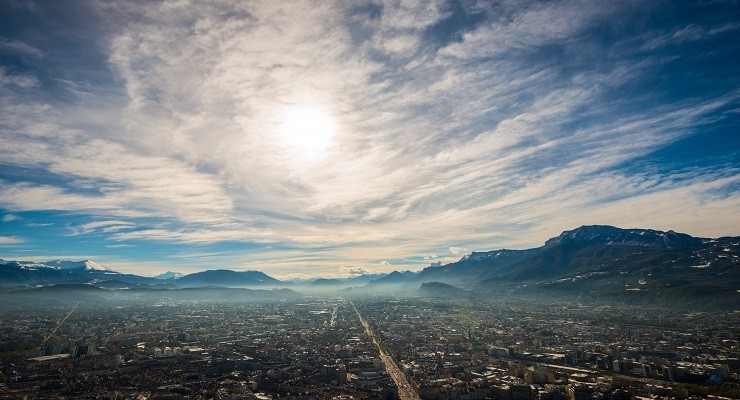 Equities delivered strong performances in 2016 and 2017, but 2018 was surprisingly bad. US assets outperformed while emerging assets, Japan and Europe suffered excessively (the S&P500 index lost 6.3%, the Stoxx 600 index 13.2% and the Nikkei index 12%). On the sector front, investors rotated into defensives and quality names. Recession fears, tightening financial conditions and political concerns translated into a strong appetite for Telecoms, Utilities and Consumer Staples. Cyclicals versus defensives suffered from the largest underperformance in recent years. Financials – Banks in particular – were also under pressure (see next pages for 2018 performance).

Global economic data continue to show a slowdown across the major economies. In the US, the very low ISM numbers were a significant surprise and confirmed the on-going slowdown in manufacturing across the world . In other regions of the world, German industrial production and Chinese/German PMI were weak. In this environment, earnings expectations have been downgraded. The forthcoming 4Q18 earnings season looks at risk. Analysts have revised down their quarterly  earnings estimates to 11% due to major downgrades in commodity-related sectors (strong decline in commodity prices in 4Q18) and recently in Financials whereas their estimates remain quite high in other sectors. The risk of negative surprises are thus elevated in the short term. During the 4Q18 earnings season, we believe that investors will focus on the numbers, but also on management comments about the macro environment. On this point, Apple’s recent profit warning was not reassuring.

Although the combined effects of a slower economy, tightening financial conditions and high levels of credit leverage in some countries are increasing the risks for 2019, we do not view this as an imminent macro risk. US consumer confidence remains strong, and employment growth and wage growth are accelerating. This points to stronger consumer spending. Moreover, there are renewed expectations of a truce in the trade dispute between the US and China. Basically, we do not believe that we are at the end of the cycle.

The markets have already priced in a sharp slowdown in growth. Equity risk premiums have returned to attractive levels since the recent sell-off.  We thus see a large gap between fundamentals and valuations. With valuations in line with long-term averages, plus our view that political uncertainties will not worsen further, the outcome is that equities should deliver positive returns. We thus stick to our positive view on pro-cyclical sectors (Materials, Industrials), Financials (banks and Insurance), Telecom equipment in Europe (i.e. Nokia, Ericsson) and an atypical sector, Energy. Most of these sectors now look extremely cheap. A trough could be reached, but we are selective within these value stocks (stronger conviction in Energy and Materials than in Auto, for instance). We are also positive on the Pharma sector.

Energy stocks have suffered from the recent downturn in oil prices. After a strong performance in 1H18, the sector has underperformed in Europe since the beginning of October. The expected rebound in oil prices (our scenario) should continue to sustain oil stocks. Capex discipline remains a positive factor within the sector. It should help generate cash flows while valuations appear attractive. Since the recent sell-off, the sector has de-rated significantly, returning to attractive levels. The dividend is not at risk in our view, as it is backed by significant free cash flows at the current level of oil prices. We thus remain confident in the sector and favour oil majors in Europe and in the US. We are however neutral on oil services due to their riskier profile.

Technology has been trading at lower valuation metrics since the recent market sell-off, but we still consider that the sector is not really cheap. FAANG stocks should remain under pressure. Software is the most expensive tech industry. Tech, in particular Semi, is highly dependent on the trade negotiations between the US and China (see below). Any good news on this front will be positive for the sector. We are currently extremely selective within the Tech sector. We favour European Semi and European Telecom equipment for the time being.

We remain selective within defensive sectors too. Based on our scenario of robust economic growth, a gradual hike in interest rates and, ultimately, a rebound in stock markets, we remain cautious on most other defensive sectors that are big winners of present market concerns: Consumer Staples (negative view, but neutral on Food retail), Utilities (negative), Real Estate (neutral) and Telecoms (neutral). The Telecommunication services sector has benefited from a sudden burst of interest among investors, who are attracted by the high dividends and domestic nature of the sector (i.e. less sensitive to trade tensions and concerns over global growth). The Telecommunications sector in Europe, however, is suffering from weak revenues and price pressure in a still fierce competitive environment. In addition, most defensive sectors are expensive. As defensive names are resilient in times of recession, investors are ready to pay a high premium for them. We are however positive on Pharma. The sector is less attractive than other sectors, but solid fundamentals, high growth, M&A activity (Celgene-Bristol), share buybacks and dividends are supportive to the sector, in our view. Note that drug pricing is still an issue for the industry in the US. With Democrats now in control of the House, progressives are putting pressure on to act on drug pricing.

Prepare for the Consumption Tsunami

The Future of Food: Health, Productivity and Water Security

The future of food: health, productivity and water security