Philanthropy: A Global Approach
YOUR WEALTH
HAS A VOICE.
LET IT BE HEARD.

Ease of travel and technology are driving interest in global causes. Baby boomers tend to be local, focusing on a single location, whereas millennials are more dispersed and international. Discover one of the five new motivations of millennial philanthropists. 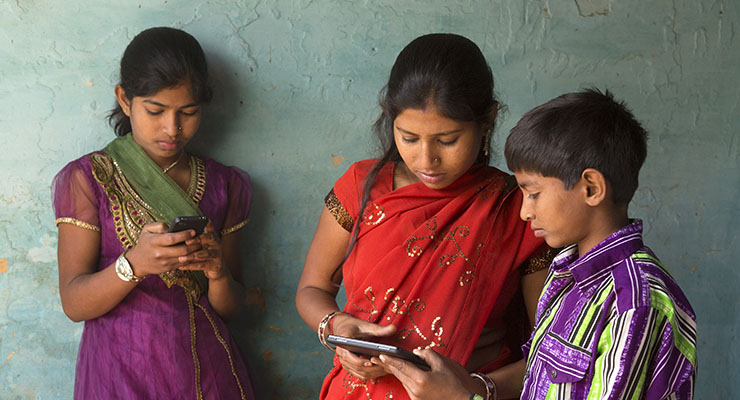 “It’s easy to get on Skype with our [grantee] partners. I feel so much more connected with what they’re doing.”

Technology has been the primary driver connecting young philanthropists with causes around the world.

Ease of travel and access to real-time international news through social media and online news publications serve as a window into some of the world’s most pressing issues—fromthe Syrian refugee crisis to human trafficking in Asia. Among these is the United Nations Virtual Reality app, which gives a 360-degree view of the struggles of children in Gaza, Syria and Africa. A desire to bring about change, backed by the resources of their family foundations, has led many in this generation to turn their attention to causes in distant parts of the world. The Jacobs Foundation in Switzerland, led by 36-year-old Lavinia Jacobs, has directed all its recent social impact investments at initiatives in Côte d’Ivoire in Africa. “That’s another sea change,” says Ms Case. “If you look at how much philanthropy has gone global from traditional sources, it’s not much. If you look at the focus on profit and purpose of this generation, it’s stunning how much is going to global issues and causes.”

This is even true in China, which has a relatively underdeveloped philanthropic sector, says Edward Cunningham, director of the Ash Centre China Programmes and the Asia Energy and Sustainability Initiative at Harvard University’s John F Kennedy School of Government. “The first generation tends to be very local, and most give within their province,” says Mr Cunningham, who studies the rise of Chinese private wealth and philanthropy. “The millennials tend to be more dispersed and international.”

This may simply be due to technological advances. For example, new online giving platforms connect philanthropists directly with beneficiaries anywhere in the world. Kiva has been a pioneer in this respect, allowing donors to make online loans to small businesses in the developing world. Over the course of the loan, lenders can receive e-mail updates, images and videos from their borrower. While Kiva and other crowdsourcing websites such as betterplace.org are designed for small donations, some accept donations from foundations as well. Technology also enables affluent next-generation philanthropists to engage in ongoing communication with beneficiaries, something they find appealing.