US Wine Market: A New Eldorado For French Producers

Agrifrance, a specialist division of BNP Paribas Wealth Management, today publishes its annual report on the agricultural and rural economy, this year including an analysis of the United States wine market, which has since 2013 been the world’s top market for wine consumption. 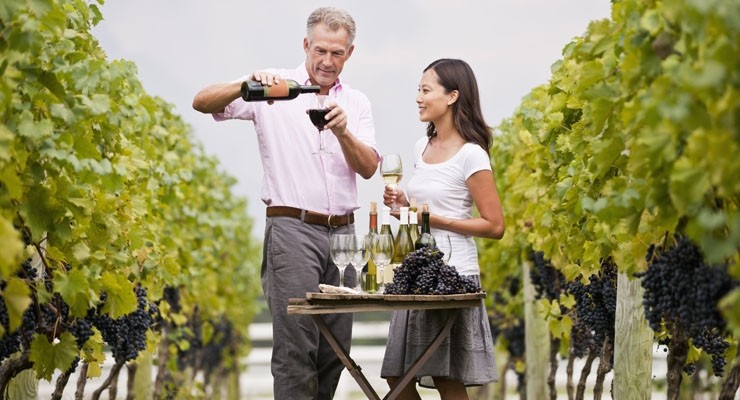 The main conclusions of the report:

“The US is both a producer and consumer in the wine market. With 419,000 hectares, the United States boasts the 5th largest wine-producing area in the world and produces 22 million hectolitres, which makes it the world’s 4th largest market in terms of production,” underlined Benoit Léchenault, Head of Agrifrance, adding: “Prospects are very favourable in the United States for French wines, which set a benchmark in the market. Despite stiff competition, French products enjoy a number of advantages.”

Consumption by, and Imports into, the USA

Worldwide, one bottle of wine in four is consumed outside its country of origin, but – in contrast to New Zealand, Australia and Chile, countries which export 60% of their wine – the United States consumes 80% of its own production. Since 2013 the US has been the world’s leading wine-drinking country, consuming 31 million hectolitres in 2015, i.e. 13% of global consumption. Next comes France with 11%, followed by Italy and Germany, each with 9%, and China with 7%.

While French vineyards are losing ground to new-world producers and French wine-growers continue to face many challenges, France nevertheless remains an undisputed leader in the US top-end segment (premium and ultra-premium) and in the rosé market. The United States is the top customer for France’s Provence region, buying 36% of wine exports from the region.

Italy is still the number one wine supplier to the United States, with 28% of volume and 31% of value. However, France, with only 11.6% of volume, enjoys an excellent image and remains a benchmark for top-end wines. France ranks second on market share by value, with 29%. 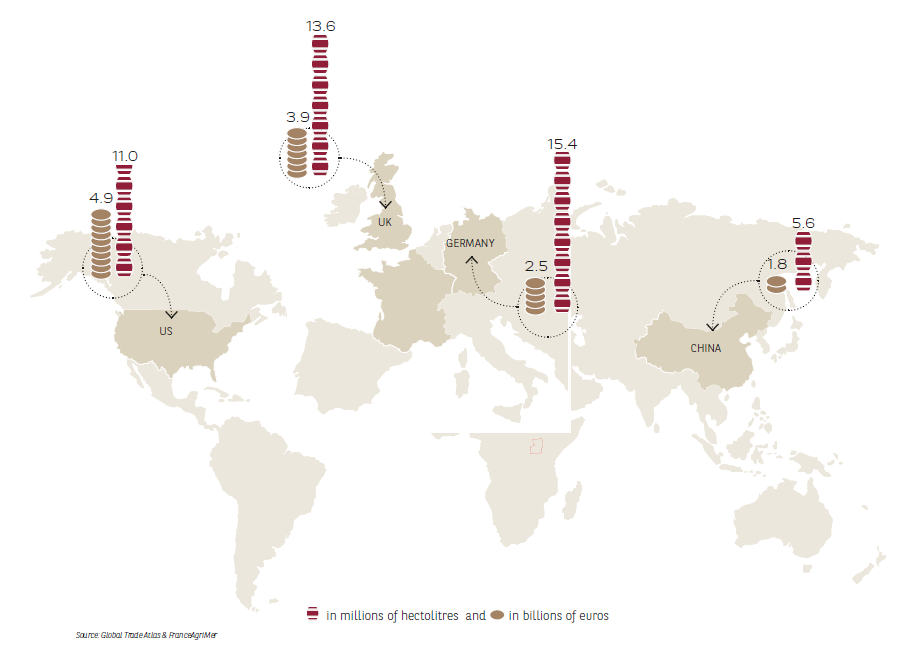 For the indepth analysis of the wine market in the United States, read this year's report ( pdf - 2.759MB)