Present in three hubs in Europe, Asia and the US, over 7,000 highly skilled professionals provide a private investor clientele with solutions for optimising and managing their assets. He joined Paribas’ Securities Services business in France in 1992. In 2005, Lecomte became Deputy Head of the Personal Investors business line and Deputy Chief Executive Officer of Cortal Consors, a subsidiary of BNP Paribas. He also spent three years in Germany as Head of the securities business. He held several positions in the consulting field at the beginning of his career. Lecomte is a graduate of ESCP Europe. Nicolas Otton, 47 years old, with a DESS Finance degree from Paris II Assas, joined BNP Paribas in 1998 in the Northern region where he held different positions within the Business-banking department before assuming management of a Business Centre in the East region.  In 2012, he joined the Proximité Team as Group Director of Paris Agencies on the left bank of the city.  He was nominated to head the East region in 2016 and was previously Head of the Greater Paris region of French Retail Banking. Nicolas is also a member of the BNP Paribas Wealth Management Executive Committee.

Pierre Vrielinck is Head of Strategic Planning and a member of the Global Executive Committee of BNP Paribas Wealth Management.

Previously, Pierre Vrielinck was CEO of Wealth Management Switzerland and Emerging Markets based in Geneva.

He was also a member of the General Management team of BNP Paribas (Suisse) SA.

Pierre Vrielinck joined the Bank in Paris in the 1990s, where he held various management positions.

Mignonne Cheng is Chairman of BNP Paribas Wealth Management for Asia Pacific and a member of the Global Executive Committee of BNP Paribas Wealth Management. A seasoned banker, Mignonne Cheng has amassed over 30 years of experience in the financial sector with over 20 years in senior management positions covering a vast scope of areas, from corporate and commercial banking to investment banking.

Cheng was made Deputy Chief Executive Officer for North Asia (Hong Kong, Mainland China, Taiwan and Macau) following the merger of BNP and Paribas in 2000. In that role, she oversaw all financing activities as well as the client coverage teams represented by Corporate & Financial Institutions, Shipping, Premium Group and Structured Finance. Cheng has also held various positions within the BNP Paribas Hong Kong Branch, including Region Manager for North Asia, Chief Executive Officer and General Manager for the Chinese Division. She was later promoted to Chief Operating Officer and Head of Corporate & Commercial Banking group in 1995.

Arnaud Tellier is responsible for defining and implementing the strategic objectives for the wealth management franchise in Asia Pacific.

Previously, Arnaud Tellier was Head of Investment Services APAC between 2015 and 2018 and Head of Wealth Management, Singapore and Southeast Asia subsequently.

Arnaud Tellier has a wide experience in Corporate and Investment Banking ranging from Capital markets, Corporate Finance and Country Management. He first joined BNP Paribas in 1993, starting in the Financing and Investment Bank division before becoming part of the Internal Audit. In 2001, he moved into Wealth Management (WM) as Head of Risk & Credit. Then from 2004 to 2010, he served as Head of Investment Services for WM Switzerland & Emerging Markets, and as Global Head of Discretionary Portfolio Management for the global Wealth Management division. In 2010, he was appointed Head of Strategic Initiatives and Marketing Transversal Team and contributed to realising major developments in Wealth Management.

Rémi Frank is Head of the Key Client Group at BNP Paribas Wealth Management and a member of the Global Executive Committee.

Frank created and developed the Capital Markets Derivative Products before moving on to become the Head of Sales and Structuring of the BNP Paribas Business Equities and Derivatives. Rémi Frank joined the BNP Paribas group as a trader, later becoming Head of Asia FX Options, first in Paris, then Singapore, and finally in Tokyo.

With over 25 years of experience in the financial sector. She started working in Milan as consultant for PWC and then she moved to UniCredit Group with several key assignments in Italy, Germany, Austria, Turkey and Poland.

She graduated in Economics from the Bocconi University in Milan and achieved Management Diplomas from SDA Bocconi, INSEAD and IMD Lausanne. As Head of Switzerland & Emerging Markets, Hubert Musseau oversees offices in Switzerland, Brazil, Jersey and the Persian Gulf in addition to several emerging markets. After an initial assignment with Corporate & Institutional Banking as a credit analyst for Asia, followed by five years spent in the Inspection Générale department as an inspector and subsequently a team leader, Musseau joined BNP Paribas Wealth Management in 2005 as Head of Risk Management and a member of the Executive Committee. In January 2016, Jérôme Tournigand became Head of International Retail Markets for the Wealth Management Division and a member of the Executive Committee of BNP Paribas Wealth Management and International Retail Banking. He is responsible for the supervision and coordination of private banks on the branch networks in Turkey, Luxembourg, Germany, Morocco, Poland and China. Stéphane Vermeire is Head of BNP Paribas Fortis Private Banking in Belgium. Vermeire was previously Head of Public & Wholesale Banking International and a member of the management board of Dexia Credit Local in Paris. 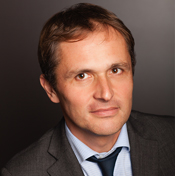 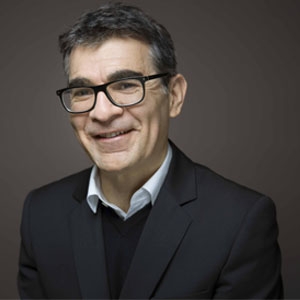 Head of the Structured Investments Desk

Next
TO KNOW MORE ∨

BNP Paribas Wealth Management is a leading global private bank and the largest private bank in the Eurozone. Present in three hubs in Europe, Asia and the US, over 7,000 professionals provide a private investor clientele with solutions for growing and transferring their wealth by creating long-term value for them, their family and the society in general. The bank has €377 billion worth of assets under management (as at 30 June 2020).