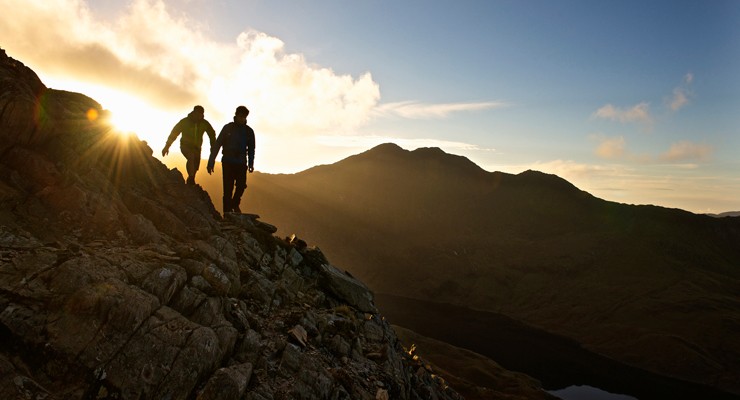 Consequences of the change in perception on the ECB's monetary policy: a sharp rise in bond yields, a fall in the stock of bonds with a negative yield-to-maturity and concerns over Italian debt. We remain cautious on Italian government debt.

The end of emergency measures

No real surprises in the press release following the last ECB meeting: inflation is worrying but should decline in the coming quarters. The economy and the labour market are improving.

But President Lagarde gave a hawkish speech and did not want to guide the markets. Mrs Lagarde wants to be as flexible as possible in conducting monetary policy in view of the very uncertain nature of inflation. This time round, Mrs Lagarde did not say that a rate hike this year was very unlikely.

Our view: the ECB's economic projections (to be communicated in March) will be crucial. Its inflation projections will very likely be revised upwards in the short to medium term. This would pave the way for a slowdown in asset purchases, a faster-than-expected end to the monetary easing programme (APP) and a 0.25% hike in the deposit rate in December rather than March as previously expected. We expect 3 additional rate hikes next year, taking the deposit rate to 0.50% and the main refinancing rate to 0.75% by the end of 2023.

No real surprises in the press release following the last Fed meeting: the Fed will stop its asset purchase programme and start raising rates in March. After a few rate hikes, it will allow its balance sheet to shrink naturally by limiting the reinvestment of maturing bonds.

But Chairman Powell gave a hawkish speech and did not want to guide the markets.

Our view: the Fed wants to be agile and allow itself to act in line with new economic data. Inflation is expected to decelerate due to base effects over the course of the year, thereby reducing political pressure on the Fed. Therefore it should not be obliged to raise its key interest rates at each meeting. We maintain our assumption of 4 rate hikes (each of 25 basis points) this year, the first one in March, and 4 more in 2023.

Balance sheet reduction should be done predictably. This could be announced in June with a view to starting the process in July.

The Fed and the ECB are on the same wavelength: they both plan to put an end to emergency measures more quickly than expected in view of soaring inflation, and to provide maximum room for manoeuvre given the uncertainty over future inflation. Once the net asset purchase programmes have ended, the Fed could raise rates 4 times this year (the first one in March) and the ECB once in December.

In the context of soaring inflation, central bankers have turned hawkish and the markets have reassessed the potential of policy rate hikes. Rates reacted accordingly, with a massive upward movement in all maturities, particularly short maturities, in the United States, the eurozone and the United Kingdom.

The Bank of England's decision to sell its corporate bonds, accumulated during the pandemic, has paved the way for a slight possibility of it doing the same thing with its government bonds.

The reduction in the Fed's balance sheet is likely to take US rates a little higher via a higher term premium. Moreover, historical observations suggest that the 10-year yield tends to peak towards the end of the cycle, usually just before the last rate hike.

We adjusted our German rate targets after the last ECB meeting. An earlier-than-expected rate hike and a faster-than-expected end to asset purchases should put upward pressure on rates.

We also adjusted higher our UK bond yields targets after the hawkish Bank of England meeting.

Rates rose rapidly as central bankers turned hawkish. The upward movement is likely to continue, probably in fits and starts, depending on central bank statements and potential inflation surprises, but to a lesser extent than the movement observed thus far.

Rising rates. Given the persistently high levels of inflation, the ECB raised its tone at its last monetary policy meeting. It could exit its loose monetary policy sooner than expected, by ending its net asset purchase programme and by raising its policy rates this year. Market expectations were rapidly adjusted and rates rose.

Refinancing costs are growing with the rise in rates and are once again putting the most fragile countries in the spotlight, particularly Italy due to its high level of indebtedness. Italy was one of the main beneficiaries of the ECB’s asset purchasing programmes.

In 2020 and 2021 the ECB purchased more than Italy's total net debt issuance. In 2022, the ECB is expected to buy around 60% of Italy's net supply and then nothing in 2023. Italy will have to be content with the ECB's reinvestments. As a result, the Italian risk premium has increased. The spread between the Italian 10-year bond and the German bund widened by 25 basis points to 155bps within a few days.  The Italian 10-year yield rose to 1.85%. We cannot rule out the possibility that Italian rates will continue to rise when the ECB confirms the end of its accommodative monetary policy.

However, the risk of a credit rating downgrade for Italy is small. According to the rating agency Standard and Poor’s, the country is still protected from rising bond yields thanks to the low refinancing cost of its debt. The market estimates that the sustainability of Italian debt is at risk if Italy's 10-year yield exceeds 2.5%. We remain cautious on Italian government debt.

The end of the ECB's lax policy has led to a sharp rise in bond yields. As a result, the supply of bonds with a negative yield-to-maturity has dwindled dramatically. Moreover, the rise in refinancing costs has put the most fragile countries in the spotlight, particularly Italy. We remain cautious on Italian government debt.