This morning, 27 March, the 3-day rally in the financial markets ended. At the time of writing, European stock markets were down 2.5% and US futures down 1.8%. All risk indicators have improved substantially over the past three days, but remain at high levels 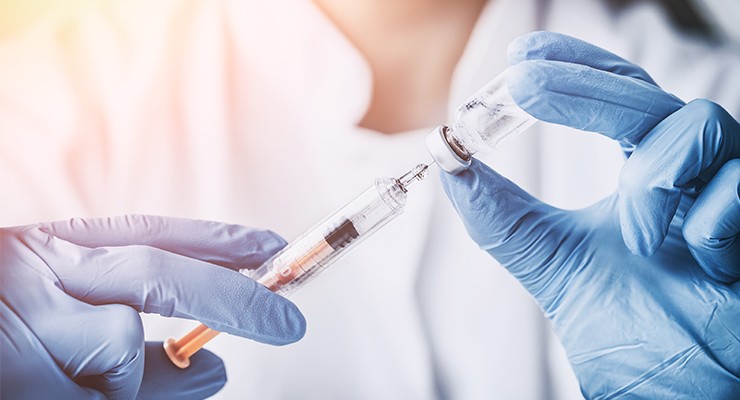 For example, volatility on the US and European stock markets remains above 50, compared with their range of 10 and 18 in February. In other words, market conditions remain tight, but less so than when these volatility levels exceeded 80 just ten days ago!

The market rally is being driven (mainly) by expectations that the massive stimulus policies implemented worldwide to counterbalance the ongoing recession will be effective. Over the last few days, details have been unveiled as to the commitment of the authorities: they will do ‘whatever it takes’ in terms of monetary and fiscal policy. This comforts our anticipation of a rebound in growth in the second half of 2020, which should continue into 2021.

In the United States, for example, Congress approved the $2 trillion package following negotiations between Republicans and Democrats. Mr Trump should give his approval soon. The Federal Reserve explained in a rare televised speech by its Chairman Mr Powell that it will not run out of ammunition and the tools used in 2008/2009 will see an expanded scope.

In Europe, Germany confirmed its fiscal commitment by announcing a colossal stimulus programme. The ECB specified the terms of its Quantitative Easing programme. These arrangements are changing and becoming more flexible than before. The ECB will support the countries that have been most affected by the epidemic (Italy, Spain) and maintain very low interest rates there. Spreads have tightened considerably, particularly yesterday.

However, there are still significant risks that the adjustment in financial markets is not over.  We have often talked of the U-shape pattern we expect for future economic, interest rate and stock market developments. It would appear that the vertical line is over, and we have now entered a horizontal path. There is certainly volatility in the horizontal trajectory of stock markets, for example. That said it is still very early to know whether the second vertical line is coming soon.  Or perhaps we are in a V-shape pattern, which is not our scenario.

1)     In one month, we have seen a total reversal in economic data. This recession in Europe and the United States is major, and the extent unknown. A few figures from China give us an indication; industrial production for February fell by 38% across the country, by 80% in automotive and by 87% in IT (hardware). The first leading indicators in Europe, the Purchasing Managers' Index, show the same magnitude, particularly in services which have been brought to a near-standstill due to lock-down measures. In the United States, jobless claims literally soared to 3.3 million from 228,000 the previous week, and not everyone was able to register for unemployment owing to a system saturation. Certainly, markets are anticipating all this, but such a recession will take more than a month before it is fully digested.

2)     The pandemic itself is a major risk. In Asia, the situation is well under control, new endemic cases have disappeared and the number of new cases of imported infection is low. In Europe, now the epicentre of the pandemic, the speed of new cases is decelerating, particularly in Italy, which is most affected by Covid-19. The number of deaths remains high, albeit starting to decline. These positive developments need to be confirmed over the next few days. In the United States, the acceleration phase has begun and for the first time today, the number of infections exceeds China's figure. The World Health Organization fears that the next epicentre of the pandemic will be America. This would mean that the number of cases of contamination in America could, within 2-3 weeks, reach the present figure of cases in Europe (some 250,000 in Europe versus 85,604 in the United States to date). This situation in the US is worrying, especially as it is not clear that the American public are ready for such figures or indeed stricter lock-down measures. The peak of the pandemic in the US still seems distant, even for the markets, which are anticipating events.

We stick to our essential message. Economic policy instruments are very powerful and should not be underestimated. The U-shaped profile we expect on economies, interest rates and stock markets seems to be setting in motion. Valuation levels for risky assets are attractive today, but the valuation does not give the timing of the rally. This timing will depend on news about the pandemic that is inherently unpredictable. Opportunities are emerging from a medium- to long-term investment perspective, but the short term remains uncertain.