The situation on dividend cancellations
DECODING YOUR
FINANCIAL UNIVERSE

The situation on dividend cancellations 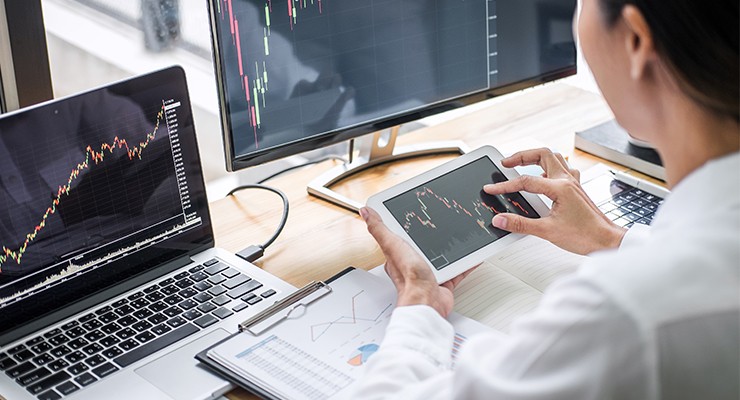 ·       Background: several companies have announced the postponement or cancellation of their dividend; what about our defensive thematic recommendation of stocks with ‘safe and growing’ dividends (our first investment theme for 2020)?

·       In our scenario in which the economy falls into a deep recession in the second quarter and recovers gradually by the end of 2020, we believe that most of the solid companies highlighted in our first investment theme will have the capacity to pay their dividends. Similarly, ‘Dividend Aristocrat’ indices and trackers should not lose too much in dividend yield.

·       Investing in strong companies that pay a good dividend remains a very valid and usually safer approach. The 'Dividend Aristocrats' remain attractive in the long term. Their falls and slight underperformance so far this year can be explained by today's unprecedented environment.  They should outperform when the cycle recovers and when bond yields and interest rates move higher again.

In the wake of the Covid-19 crisis, the world has fallen into a deep slump at many levels. Our governments are facing a dilemma: They need to protect their citizens’ health but equally they must prevent an economic collapse that would also have a major impact on people's health. Many ‘non-essential’ businesses had to close shop in March; some have already filed for bankruptcy and/or made their staff redundant, having an ensuing impact on creditors.

The financial sector must participate in the war effort

In Europe, the authorities have asked banks to shore up their economies as much as they can by encouraging them to keep as much liquidity as possible to tackle the situation. The bulk of bank dividend payments expected in the second and third quarters have been suspended.

This deferral (or, in some cases, complete cancellation) of the dividend, has been badly perceived by the markets, although fundamentally the non-payment of a dividend does not significantly change the value of a share.  There may be negative ‘technical’ effects: for example some indices and funds have rules stipulating that they can only invest in companies that pay dividends. They might have had to sell-off some European bank positions. It is also reminiscent of the dark hours of the great financial crisis of 2008-09: some financials took years before distributing dividends comparable with their 2007 levels; others never could.  It is also possible that as a result of the authorities’ request, some banks will structurally cut their dividends.

Insurance regulators are strongly encouraging companies under their supervision not to pay a dividend until the end of the year.

These events have created a certain discord in the European financial landscape between companies that are cancelling their dividends, those delaying payment and those that still plan to distribute as soon as possible.

What are the different country approaches and which sectors are the most affected?

Not all countries have been affected in the same way. Southern European countries are suffering more from the health crisis and the economic impact will be greater there.  By contrast, some northern countries, Germany's neighbours (Austria, Denmark, Czech Republic, Norway) have already detailed post-lockout plans.

The approach adopted by Germany is proving to be relatively non-interventionist and seems to give companies more options, except in the banking sector (no dividend) or in the case of companies requesting state aid, for instance in the badly-affected aeronautics sector. The UK and northern countries seem to be moving in this direction except in the case of insurers that regulators have asked NOT to pay a dividend for the time being.

France has adopted a more interventionist approach and seems to prefer minimum dividends to be paid in the 2nd and 3rd quarters. This is clear in the banking sector but also among state-controlled companies, although not all have confirmed the cancellation or postponement of their dividend. Some companies which are less directly affected want to show solidarity by trimming their dividends too.

In Spain and Italy, dividends from financials will be partially or fully postponed, or even cancelled at weaker institutions. Other companies - mainly cyclicals - have already announced the postponement or cancellation of their dividend.

Generally, in the US, dividends will be paid, except in the worst-affected industries and/or companies, which have applied for state aid, especially airlines. As a reminder, the country uses a much more flexible remuneration policy than in Europe with considerable share buyback programmes that will be mostly suspended. A host of companies also plan to cut their fixed costs (it is politically much more difficult to obtain acceptance for mass redundancies in Europe).

The table available in the PDF at the end of the article details the present dividend expectations in Europe, by sector.

What is priced in to shares?

The EuroStoxx50 Dec 2020 dividend futures index is pricing in a 45% fall in dividends.  This seems overdone to us, especially as many major banks and insurers would simply postpone their dividends until the end of the year. In view of the strong balance sheets on the one hand, and the expected economic shock on the other hand, a fall of around 20-30% seems more realistic to us (comparable to the shock of the 2008-2009 crisis). For 2021 and 2022, dividend futures point to 35% below 2019 levels.  Instead, we would expect -15% in our scenario where health and economic crises would be controlled by the end of 2020. It is however possible that some companies will decide to move towards more flexible shareholder returns like in the US, i.e. structurally less distribution but more share buybacks. In the US, expectations are a 30% cut in dividends. This compares with a -24% cut in 2009 whereas the balance sheets of many companies are much stronger today, particularly in the financial and technology sectors.

What about our investment theme: ‘There is no alternative (TINA): the shift from bonds to equities' (based on much more attractive dividend yields than bond yields?

Who could have imagined at the end of 2019 that such a crisis would occur a few weeks later? Even Corporate bonds, and particularly High Yield bonds, have suffered significantly as spreads have widened.

In our scenario in which the economy falls into a deep recession in the second quarter and recovers gradually by the end of 2020, we believe that most of the solid companies highlighted in our first investment theme will have the capacity to pay their dividends. Similarly, ‘Dividend Aristocrat’ indices and trackers should not lose too much in dividend yield. As a reminder, these are financial products comprising strong companies, which have paid a relatively high and stable (or growing) dividend over the past 10 or even 25 years. In Europe, compared with traditional indices, they are underweight in growth stocks such as health care or technology (often low dividends) and in financials (sometimes irregular dividends). But they are overexposed to utilities, industrials and materials. This bias caused these eurozone products to underperform the EuroStoxx50 index in 2020. Growth stocks have outperformed cyclical and 'Value' stocks so far in 2020.

We don't see any major concerns about balance sheets or dividends of the largest holdings in these trackers and indices. There are still a few stocks on these lists that have been shattered by the recent crisis and that will be unable to pay a dividend in 2020. We estimate that the Euro Dividend Aristocrats' dividend yield should fall from 4% in 2019 to 3%-3.5% in 2020 before recovering somewhat in 2021.

Conclusion: Investing in strong companies that pay a good dividend remains a very valid and usually safer approach. The 'Dividend Aristocrats' remain attractive in the long term. Their falls and slight underperformance so far this year can be explained by today's unprecedented environment.  They should outperform when the cycle recovers and when bond yields and interest rates move higher again.