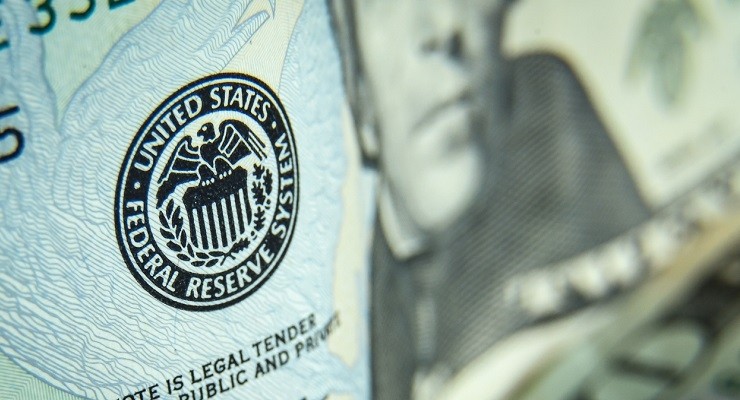 1.The DXY index lost almost 2.5% over the month. The Fed slowed down the pace of its rate hikes in December which increased markets’ confidence that the hike cycle in almost over.

2.Both US headline and core inflation increased at a slower rate on an annual basis. It may be the sign that the Fed is beating the inflation.

3.European stocks are benefiting from reduced uncertainties regarding the energy crisis. This resulted in a strong start of the new year ahead of their US peers. This helped the EUR to outperform.

4.We think the bad news (recession risks, inflation and further policy tightening) for the UK are priced in. We therefore expect no major trend from current levels on a 12-month horizon.

5.After the unexpected policy change of the Bank of Japan, the JPY appreciated sharply. We expect the central bank to take more actions in the coming months. We change our 3-month target to 130 and our 12-month to 128 (value of one USD).

6.The EURCHF is above parity. The euro strength was driven by improved global growth optimism and lower inflation risks. However, the Swiss franc remains a safe haven currency and strong fundamentals are still supporting the currency. We see a small appreciation of the CHF during the year.

7.The Chinese currency rallied recently and reached a 6-month high. With the easing of zero-covid policy, the reopening of borders, and the government’s support, we are now bullish on the currency. We revised our 3-month target to 6.75 and our 12-month to 6.50.

The good news is priced in

The euro continued its rally against the dollar over the month. Since its low at the end of September 2022, the EURUSD has gained 12.5% and was trading around 1.08 mid-January.

In the United-States, the consumer price index (CPI) decreased 0.1% in December, the first decline since May 2020. Lower inflation figures favored the disinflation narrative and thus fueled markets expectations that the Fed’s hiking cycle is coming to an end. In addition, the gas prices are normalizing which is improving the Eurozone’s current account and confidence in the region. These effects have been supportive of the EUR.

As gas prices are diminishing and the energy crisis is fading, the terms-of-trade divergence is narrowing in favor of the eurozone. The trade deficit has flattened, and this trend is expected to continue. The end of the winter will remove a key source of risk for the Eurozone, especially if inventory levels remain high. This is supportive for the euro. In addition, the USD is overvalued according to the long-term fair value estimates (purchasing power parity, PPP).

Short-term, political uncertainties and the Ukraine crisis could generate renewed fear. This could lead to a temporary rebound of the USD.
The improvement in the factors favorable to the euro are now largely priced and we see limited upside for the euro over the coming year.

The GBP depreciated more than 1.6% over the month. This follows the Bank of England (BoE) December meeting at which two members voted to keep policy unchanged, which could be a signal the central bank will end its tightening cycle sooner than expected.

Further, the combination of monetary and fiscal tightening is likely to be a further headwind to the already bleak growth outlook relative to the eurozone.

The UK GDP was already in negative territory in Q3 2022, and Q4 should also be negative. We expect the UK economy to underperform the Eurozone, with a growth of -0.9% and -0.5%, respectively. The manufacturing PMI fell to 45.3 in December while it increased in the Eurozone to 47.8.

The current account deficit in the UK shrank in Q3. However, the UK current account relies on foreign financing which is expected to weaken as a result of domestic weakness and global economic slowdown.

All in all, most of the negative seem to be priced. We maintain our 3-month target at 0.88 but revise our one-year target to 0.88 (value of one euro).

Recent weakness should be temporary

The EURCHF has moved sharply higher over the month and breaking through parity recently.

The recent appreciation of the euro is likely due the improvement in the global economic environment, in particular the reduced risks related to the energy crisis and the related inflation risks. The CHF remains a safe haven currency. Falling risks and risk aversion weigh on the Swiss currency.

Most of the good news are probably priced now. Lower inflation in Switzerland relative to the eurozone, more potential for tightening by the Swiss National Bank, and the reluctance of domestic investors to buy foreign debt all suggest that the CHF could remain strong over the coming months.

The Swiss National bank (SNB) raised its policy rate by 50bps in December and did not rule out further rate increases. It also affirmed its willingness to support the CHF.

Fundamentals of the Swiss economy are and should continue to be good which should limit the downside for the currency.

We adapt our 3-month target to 0.98 (value of one euro) and keep our one year at 0.98. This suggests a slight appreciation of the Swiss franc from current levels.

Improved outlook for the JPY

The JPY has gained around 6% last month driven by lower rates expectations in the US and the recent policy shift in the Bank of Japan (BoJ).

Inflation soared again in December to 3.7%. The composite PMI bounced back to 49.7 in December, almost into expansion and reverse last month contraction. In December, the central bank announced an adjustment of its yield curve program allowing the    10-year yield to fluctuate to 50bps instead of 25bps. However, the policy rate remained unchanged. We now forecast the Bank of Japan to widen the yield curve control range by 50bp to 0%±100bp in March, We see a risk of an action as early as the January meeting. This should be bullish for the yen.

In addition, flow dynamics are also likely to be supportive of the currency. We expect lower Japanese demand for US fixed income assets this year.

Close to our targets

The SEK fell by 2.4% over a 30-day horizon. The currency suffered from recession and monetary policy tightening fears.

The Swedish central bank raised rates by 75bps in December and signaled that further hikes may be necessary to fight inflation which surged to 12.3%, the highest level in more than 30 years.

The Swedish housing market is vulnerable as the country has a high proportion of variable-rate mortgages. House prices declined by 10% in 2022 and further declines are possible. This may limit the central bank in its hike cycle and therefore reduce the rate differential. This could weigh on the SEK.

The current account surplus shrank sharply in Q3 and is also expected to have declined in Q4. However, the decline in energy prices and the better outlook for the eurozone to which the country exports the most should reverse the tendency and support the economy.

We keep our 3- and 12-month targets at 11 (value of one euro). This suggests no clear trend for the currency.

Upside for the NOK

The NOK also depreciated by 2.4% over a month. This performance is explained by the recent fall in energy prices.

The central bank increased its policy rate by 25bps at its December meeting and indicated no hike in January and a final hike in March. However, since the meeting, leading indicators have mostly surprised to the upside.

In December, inflation rate eased to 5.9%, the manufacturing PMI fell to 50, unemployment rate fell to 3.2% well below the 6.5% rate of the Eurozone. Norwegian economy looks in better shape than Eurozone’s one.

The NOK is the most sensitive currency to risky assets among the G10. As risk appetite is expected to improve during the year, oil prices have more upside. The NOK should appreciate from current levels.

Even if the current account balance reached a record level in Q3, it is likely narrow during 2023 as energy prices fell. This will probably limit the positive impact on the currency.

We keep our 3- and 12-month targets at respectively 10.2 and 9.8 (value of one euro) . This suggests an appreciation potential from current levels.

The Australian dollar appreciated around 3.7% during last month due to a weaker dollar following six consecutive decline inflation data.

As expected, the Australian central bank raised its interest rates by 25bps and expressed its data-dependency. Until next meeting, not enough data will be released to confirm that inflation has peaked. Therefore, the market is pricing another 25bps hike in January.

Unexpectedly, the Australian current account recorded a deficit in Q3, driven by a narrowing trade surplus. This could be a consequence of slowing Chinese activity.

China is the largest trading partner of Australia. The recent U-turn in zero-Covid policy and the policy support in China are bullish factors for the Chinese economy and this also for the Australian dollar. Most good news seems to be priced at this stage.

We adjust our 3-month target to 0.70 (value of one AUD). This is also our 12-month target. This suggests a stabilization of the currency around currents levels.

Moving closer to our target

After the rise to 0.65 last month, the NZD has stabilized during the month, losing 0.4% and stabilizing around 0.64 (value of one NZD).

The central bank raised interest rates by 75bps in November and signaled further 125bps increases to come. However, like the Sweden, New Zealand has a high proportion of variable-rate mortgages and house prices could limit the central bank’s action.

In addition, a weaker USD momentum due to lower rate expectations is a bullish factor for the NZD.

We adjust our 3-month to 0.65 which is also our 12-month target (value of one NZD). This suggests a slight appreciation of the NZD from current levels.

More upside for the CAD

The CAD gained around 2.4% over the past month. Signs of disinflation in the United-States led to lower rate expectations.

In November, the Bank of Canada (BoC) increased its rates by 50bps to 4.25% and a 25bps rise is expected at the January meeting. However, the last BoC’s speech was somewhat dovish in December. In addition, inflation has slowed signs of weakness which suggests a possible end of the hiking cycle. The US central bank is however likely to end before that.

Canada recorded a current account deficit in Q3. This trend is likely to have continued through Q4 as oil prices stabilized. We see more upside for oil prices and that should also support the Canadian currency.

In relative terms, the economic momentum has turned more favorable for the Canadian economy. That should continue as we expect more weakness for the US economy due to delayed effects of higher mortgage rates. The end of the downward revisions in economic growth is probably close and a more positive momentum for world growth should support the CAD.

We revise our 3-month target to 1.30 which is also our 12-month target. This suggests a moderate appreciation potential from current levels.

The CNY appreciated by almost 3% over the past month. This move was driven by China’s reopening and raising prospects that the Fed’s tightening cycle is close to an end.

In January, the People Bank of China (PBoC) leaved its policy rate unchanged but increased liquidity of the banking system. The PBoC is following a monetary easing policy to booster domestic economic recovery.

Exports from China dropped by 9.9% on an annual basis in December. This trend should reverse given the outlook for rising economic activity worldwide

The expected fall in US bond yields might is also likely to support the currency.

We revised our 3- and 12-month targets to 6.75 and 6.50, respectively (value of one dollar). This suggests a moderate appreciation of the CNY from current levels.