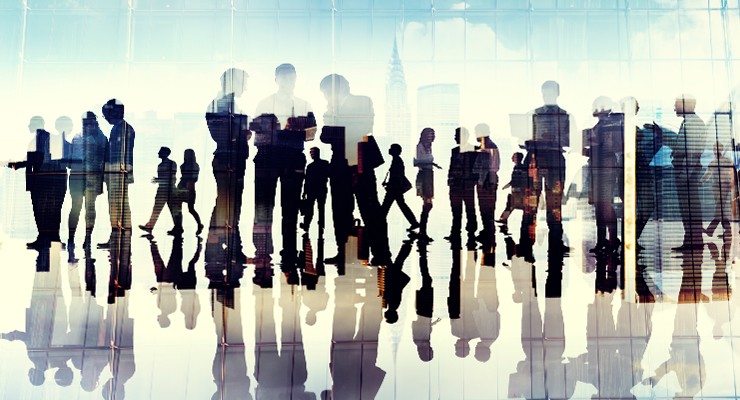 . The Covid-19 pandemic is an unprecedented health disaster in this past century. The peak was passed in Asia and is likely to be reached imminently in Europe. Nevertheless, it remains remote and unpredictable in the United States, the next hotspot of the epidemic.

. We have entered a global recession, and it is deeper than every single recession since World War II. Economic stimulus policies have been implemented quickly and massively, and all monetary and fiscal policy tools are being used.

. We expect a U-shaped scenario for the economy, interest rates and equity markets. Volatility remains high and the short term remains uncertain. Current stock market levels offer investors an opportunity to reinforce positions with a medium- to long-term perspective.

During the month of March, the general environment was completely transformed.  The Covid-19 epidemic, first a local problem in Asia, and then in Italy, Iran etc., turned into a global pandemic. At the time of writing, this major health shock counted 1.4 million confirmed cases of infection, 82,000 deaths with more than 4 billion people locked down around the world. The economic impact is an immediate and deep recession. The consequences on financial markets have been a crash in equity markets, a flight to quality (along with a fall in interest rates), a strengthening of safe-haven currencies (dollar, Swiss franc, yen) and a rebound in gold. As the month of April begins, the markets are somewhat calm. What is our analysis of this unprecedented situation?

The epicentre of the pandemic is moving from East to West. The epidemic broke out in China in December 2019 (and in other Asian countries), before peaking a month after harsh confinement measures were put in place, starting in Wuhan on 23 January. The number of new cases declined in March. On 7 April, China announced that it had registered no new deaths related to Covid-19 that day.

The number of cases began to rise sharply in Italy in early March; a nationwide quarantine was decided on 9 March, the first European country to do so.  The outbreak apparently peaked in early April, and this should be confirmed within the next few days. Spain and France are following the Italian situation with a 7- to 10-day lag. The epicentre of the pandemic is still Europe, but a plateau in terms of the number of new infections is emerging.

Meanwhile, in the US, the number of infections is soaring.  Lock-down measures are not in place everywhere, but if they exist, they are not very strict.  It is very difficult to say when the peak of the epidemic will be reached there. We are just beginning to hope for a plateau in the number of new cases in New York State. But this forecast of the Covid-19 epidemic peaking in the worst-affected American State is very random. There is immense uncertainty in the rest of the country, and bad news can be expected.

There is no doubt that this pandemic has already turned into the worst recession in the global economy since the Great Depression of the 1930s. Activity is at a complete standstill in several sectors (catering, hospitality, airlines, etc.). Moreover, confinement is taking a heavy toll on sectors where teleworking is possible because activity is slowing down, without totally stopping. A widespread estimate is that every month of  general lock-down 'costs' GDP 3 percentage points or a 35% contraction in activity in one year!

The first economic data published since the Coronavirus lock-down confirm the huge damage.  Purchasing Managers' indices, considered the leading indicators of activity, have never been so low (since these series began) as they were in March. Usually, Services cushion a recession in Manufacturing. Now they are amplifying it.

Unemployment figures are catastrophic. In the US, although confinement is not widespread, 10 million Americans filed for unemployment benefit in the space of two weeks. Jobless claims are now in the millions in all European countries.

As a result, all governments and central banks have decided to use all the tools at their disposal to counterbalance this development.  Monetary and fiscal policies were set in motion immediately and massively in a bid to curb the recession. Particular attention will be paid to liquidity issues facing companies or households that no longer have revenue to pay for unchanged fixed costs (see our table which summarises the main economic policy decisions). Through their Quantitative Easing, central banks are particularly attentive to liquidity issues in the financial markets.

A U-shaped profile ahead

•Economies will take time to recover. What’s more the recession will persist for at least two quarters after the beginning of confinement measures.  Let's look at the Chinese case: the end of the health crisis was confirmed at the beginning of the second quarter. But activity is about 25-30% below the level seen at the start of the year. The recovery is timid because it is hampered by the lack of demand for exports (the pandemic is global). The authorities have just decided on further stimulus measures. In Western economies, the recession is only just beginning and poor economic figures are looming. We estimate that the recovery will only emerge in the second half of the year, but it will be strong, supported by stimulus measures, and growth will be back on track in 2021.

•Financial markets will anticipate the economic recovery. The vertical downward bar is behind us. We are already on the horizontal bar of our U shape. On stock markets, the recovery is already robust (and resembles a V-shape for the moment). We will monitor three factors going forward: i) the peak of the pandemic, probably already reached in Europe but not yet in the United States; ii) economic policy decisions, with other stimulus programmes to be announced, an already positive point; and iii) the markets’ sensitivity to bad economic and financial news. For the markets to turn around durably, they would need to demonstrate that they are insensitive to bad news, in the form of economic data or downward earnings revisions.  The third point will take place in the coming weeks, particularly when the reporting season for the first quarter starts. Companies will guide to lower 2020 profits and dividends.  In other words, we are not sure whether the bottom of the stock market cycle has been reached.

•Our conclusion is that investors must take advantage of this phase to reinforce positions, by smoothing entry points. We like the US, Emerging and European (eurozone and UK) markets. We concentrate on quality companies in view of the challenging and uncertain environment. And we focus on long-term investment themes such as digital consumption, innovations in health care, 5G and artificial intelligence. For further details, please refer to our 2020 Investment Themes.

What are the risks surrounding our U-shaped scenario?

Other scenarios than ours (i.e. the pessimistic L or the optimistic V) are subject to three questions:

1) The duration of the pandemic could be longer, for example in the event of a second wave of infections in Asian countries. They pay particular attention to imported cases from Europe or the US. The problems of coming out of confinement are complex. Conversely, a health breakthrough is imaginable with a vaccine or a new drug, which would alleviate the risks attached to the duration of the pandemic.

2) Oil prices have plummeted since the start of the year, following a 25% drop in oil demand. Producer countries have failed to reach an agreement about cutting production, leading to a price war. The optimistic scenario: an agreement is reached between OPEC, Russia and the United States (which the markets have been anticipating for a few days) and prices rise rapidly. The pessimistic scenario: the price war continues. We believe that the adjustment (a cut in US output and a pick-up in global demand) will occur in the second half of the year, and prices will return to around $45-55 by year-end.

3) A credit crunch could take place.  The problems of indebted companies and individuals would grip the credit market, putting the financial sector under pressure. This negative scenario replicates the mechanisms of the 2008/09 crisis. We believe that central banks can manage these issues by injecting massive amounts of liquidity. The markets have more or less returned to "business as usual" in recent days and we are seeing numerous bond issues, particularly in the Investment Grade universe. Moreover, some States are putting in place guarantees for many business loans and more flexible systems of partial unemployment than before.

The general environment changed last month, but we are focusing here on the changes to our investment recommendations:

•We have revised up our 12-month rate forecast on the Bund (10-year German bond) to 0%. We had previously expected a negative rate of -0.40%. Our target remains 1.25% for the US 10-year rate. With the recession underway, public deficits will grow sharply on both sides of the Atlantic, and despite Fed and ECB bond purchases, the upward pressure on rates to attract savings is likely to result in a (modest) rise of 50bp in rates compared with current levels.

•We have turned buyers of peripheral eurozone Sovereign bonds. Spreads have widened as pandemic pressures have intensified. However, we will see appropriate financing arrangements put in place: negotiations are underway between European partners. A compromise will be reached because the stakes are high.

•We reiterate our positive opinion on Investment Grade Corporate bonds. Spreads have widened and we believe the risk-reward ratio is good in view of purchases of central banks.  In IG, we do not expect too many defaults.  In our view, this default risk seems too great for HY (High Yield), particularly because this universe is going to see an increasing number of companies getting into difficulty.  Rating downgrades by credit agencies are only just beginning.