As expected, the ECB increased its support to the economy through its pandemic asset purchase programme. 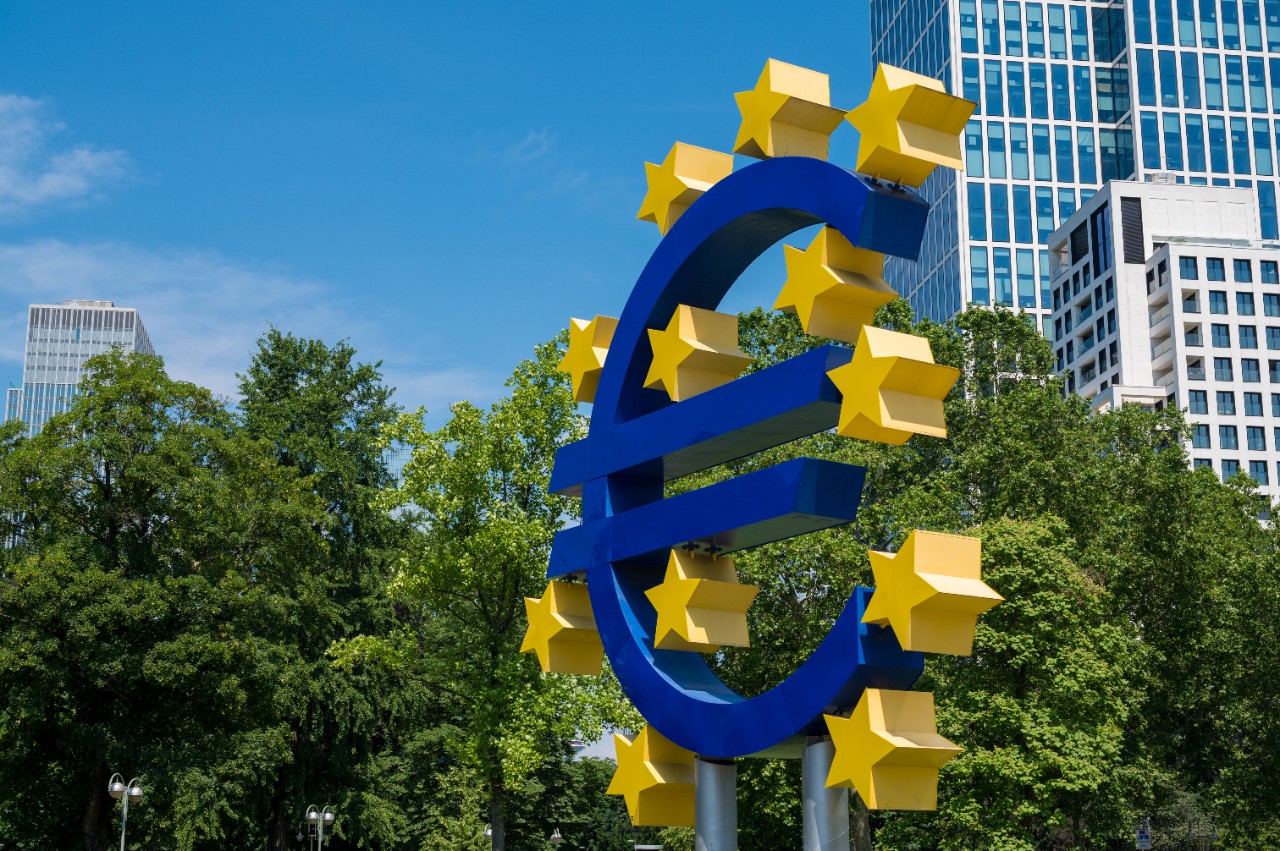 However, the scale exceeded our and the market's expectations. This bodes well for bonds from periphery countries and for Investment Grade corporate bonds. The ECB's new economic projections suggest that it will have to do more, probably in September.

The ECB eased its monetary policy once again yesterday. This decision was expected for two reasons. On the one hand, several governors had suggested it quite explicitly, referring to the sharp deterioration in growth and inflation expectations. On the other hand, the pace of debt purchases via the PEPP has been sustained since its creation in mid-March. As a reminder, the PEPP (Pandemic Emergency Purchases Programme) is a programme of EUR750bn over the year 2020 which aims to buy the public and private debt of the countries in the euro zone, in particular those most affected by the economic crisis caused by the Covid19. The ECB has already purchased EUR234bn of debt since mid-March with the PEPP. At this rate, the ECB would have used up its EUR750bn envelope by mid-October, well before the end of the year.

The ECB took three decisions yesterday. It increased the PEPP's envelope by EUR600bn while "only" 500bn were anticipated. It extended the scheme to at least June 2021, i.e. for at least another six months. And finally, it decided to reinvest maturing bonds until at least the end of December 2022, which will enable it to buy a larger share of the issues linked to the upcoming European Union recovery fund. No change, however, in the key interest rates or in the traditional quantitative easing programme (QE). The latter is less flexible than the PEPP in the sense that it should respect the capital keys (share of each national central bank in the capital of the ECB).

Thus, by its action, the ECB shows that it remains determined to fulfil its mandate and that it is undeterred by the ruling of the German Constitutional Court which questioned the legality of part of the QE.

... Justified by economic projections at half-mast

Unsurprisingly, the ECB has revised its economic projections downwards. It now expects eurozone GDP to contract by 8.7% in 2020. More worryingly, it has lowered its inflation forecasts for the short and medium term, despite massive monetary support. It forecasts 1.3% inflation in the medium term (2022), far from the target of "close but below 2%".

The markets appreciated the ECB's proactivity. It could indeed have waited for the July meeting or the September meeting in theory, since only 31% of the PEPP was consumed at the end of May. However, the cost of hesitation may be irreversible, as the former ECB President said. Acting now avoids unnecessary strain on financial conditions.

The euro continued to rise against the dollar to 1.134, a three-month high, in recognition of measures to support growth.

European equity markets finished down 0.24%. This followed several upward days. The EuroStoxx 50 has been at a high since mid-March. The banking sector outperformed.

Our expectations for the ECB

It is likely that the ECB will have to do even more as the inflation target is far from being met and the economic outlook may justify further monetary easing. We do not believe that the ECB will lower its key rates, even though the tiering is already in place. Rather, we envisage a further extension of the PEPP, with the inclusion of BB-rated fallen angels, those bonds whose credit ratings have been downgraded to High Yield as a result of the health crisis. The answer may come in September.

Our views on rates and sovereign bonds

Monetary policy should continue to prevent any substantial rise in bond yields. The reopening of economies and the upcoming new bond issuances lead us to believe that bond yields should increase slightly in core eurozone countries such as Germany. We expect the German Bund yield to reach 0% in 12 months. As a result, we are negative on German sovereign bonds.

Conversely, we remain positive on sovereign bonds of periphery countries (Italy, Greece, Spain, Portugal). They have already become richer, but they still have potential in our view. The ECB should continue to remove interest rate volatility as it did during the crisis and convince the market not to worry too much about the debt levels of individual European countries. The European Union's proposal to raise common debt should help. Thus, if volatility remains low, risk-adjusted bond yields of periphery countries become attractive. In addition, the PEPP is more supportive of the countries most affected by Covid-19. Data at the end of May show that the ECB bought EUR37bn Italian bonds, compared with EUR29bn if it had strictly adhered to the capital keys. To a lesser extent, Spanish debt also benefited from this bias. On average, 80% of PEPP's purchases were sovereign bonds. We therefore continue to expect periphery spreads to tighten versus Bunds.

Our views on eurozone corporate debt

The primary Investment Grade market remains very active, in contrast to the High Yield market, and demand is strong. This may seem counter-intuitive given that the rating agencies have never identified so many companies that should see their credit rating downgraded. The reason is surely the ECB as it remains supportive of the Investment Grade market. The PEPP directs an average of 20% of its purchases towards corporate debt and to this should be added the classic QE with a 24% share in May. The latter has moreover declined from 40% at the beginning of the year, suggesting that the ECB can increase the relative share of corporate bond purchases if tensions reappear. The European recovery fund currently under discussion is also a positive factor for companies since it would provide not only loans but also grants. On the supply side, we anticipate a decrease in Investment Grade issuance as current volumes are not sustainable in the short term. Companies raised a lot of money in the first half of the year out of necessity or precaution. Refinancing needs are not expected to be as high in the future due to lower growth and lower animal spirits. Therefore, we are positive on Investment Grade corporate bonds due to the favourable supply/demand dynamics.

On the other hand, we prefer to remain neutral on the High Yield bond asset class. They are not eligible for ECB purchase programs and we do not expect them to become eligible. BB-rated fallen angels could be, however. They would represent a significant share of the High Yield debt market. That said, analysis of the behaviour of these bonds indicates that spreads tend to widen sharply before and again one to two months after the downgrade, suggesting some caution in the short term. High Yield companies have weak credit profiles and may be strongly impacted by the crisis in some sectors. In our view, the market is therefore more suited to bond pickers, as issuer selection is crucial in this environment.