Light at the end of the tunnel

Last week was dominated by news that the vaccines developed by Pfizer and BioNTech had an efficacy rate of more than 90%. The markets reacted very positively to the announcements. 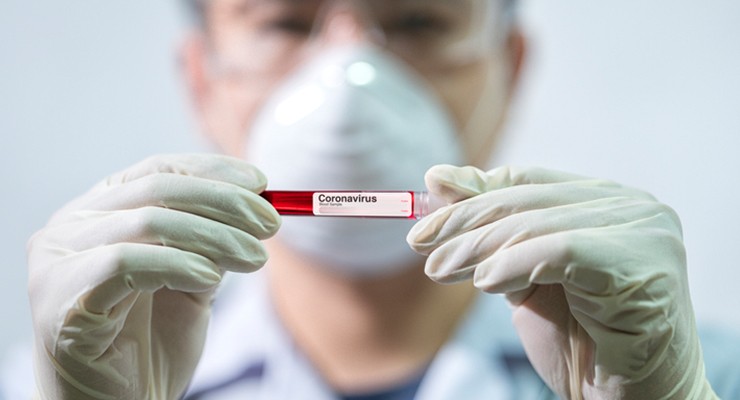 The euphoria eased at the end of the week when the resurgence of contamination cases in the US served as a reminder that the Coronavirus would not disappear soon. Last week the Stoxx Europe 600 index appreciated by 5.1% and the S&P 500 by 2.2% while the Nasdaq 100 index lost 1.5%.

The results of the first independent analysis of a Covid-19 vaccine during Phase III clinical trials proved exceptionally good. This is the final phase before obtaining approval to distribute it.  Only a small proportion of the 43,000 test participants were contaminated, which corresponds to a 90% efficacy rate.

Further vaccine announcements are expected to follow. Moderna announced on Monday the first results of its clinical trials with an efficacy rate of 94.5%, and the partnership between AstraZeneca and Oxford University should finalise theirs by year-end.

The stock market euphoria that followed this announcement calmed down at the end of the week. Manufacturing times and distribution challenges mean that a critical effect will not be reached before mid-2021. Meanwhile, the resurgence of contamination numbers in the US has raised fears of new lockdown measures, as in Europe.

Upon the vaccine announcement, the stocks that appreciated most were those which had suffered most from Covid-19. These sectors include air transport, restaurants, cinema chains and many others. On the other hand, stocks such as Zoom Video Communications, which benefited the most from home working, suffered heavy profit-taking, as did those in the leisure and e-commerce sectors. The technology rich Nasdaq 100 index fell 1.5% over the week while the US small caps index (the Russell 2000), gained 6%.

Value stocks strongly outperformed growth stocks. Is this the beginning of a turnaround after years of underperformance? This will essentially depend on the scale of the recovery expected next year.

With the promise of an effective vaccine and the stimulus measures of governments and central banks, the outlook for 2021 looks brighter. The prospect of the arrival of vaccines will allow companies to plan for the post-Covid era, which may boost investment, and the economy in general.

On the other hand, the earnings outlook for cyclical stocks may appear better because, unlike the very strong technology performers, their starting point is quite low.

The technological revolution is far from over, and interest rates, which are expected to remain low, always favour growth stocks. But stock valuations at current levels will require more selectivity.

On Friday, President Donald Trump suffered major setbacks in his attempts to overturn Joe Biden's victory.  News agencies declared the Democrats the winners in Georgia and the Republicans the winners in North Carolina. This result clearly favours Joe Biden who has now secured 306 electoral college votes. This number far exceeds the 270 required to win the election, particularly as Donald Trump has only clocked up only 232.  The latter still does not concede his rival's victory, but legal challenges have been rejected in three other key states.

The Trump administration has ceased negotiations on a new fiscal support package, leaving Mitch McConnell, the leader of the Republican majority in the Senate, to deal with the Democrats in the House.

The announcement of a successful vaccine and the US election result shed light on some major uncertainties. This is prompting investors to look beyond the immediate difficulties and position themselves for the post-Coronavirus era.

But the road will be long and full of pitfalls, and it will still depend very much on how the contamination rate evolves in Europe and the United States. Accepting volatility is key now. The rotation into cyclicals, commodities, small caps and emerging markets might be hesitant before establishing a firmer trend. These movements should provide opportunities for active management.