Despite the tight counts, a narrow victory and a divided parliament, the stock markets reacted very positively. 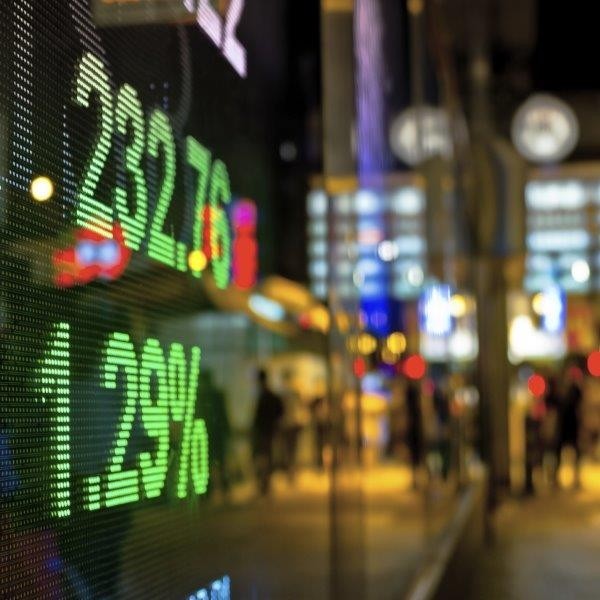 After four days of close counts, the Democrat candidate Joe Biden finally won the majority in Pennsylvania and Nevada, giving him (so far) 279 electoral college votes, and therefore more than the 270 required to be elected president. In the four states where the counting continues, Joe Biden is in the lead in Arizona and Georgia. Donald Trump is ahead in North Carolina and Alaska. However, even if the Trump camp wins these four remaining states, Joe Biden would still win the majority of the electoral college votes. On this basis, Joe Biden was officially declared President-elect on Saturday evening. His inauguration is scheduled for 20 January 2021.

Stock markets had started to gain momentum two days before the election, on hopes of a convincing Democratic victory (a “blue wave”). But surprisingly they continued to rally even when the outcome of the election was uncertain and votes were mixed. On a weekly basis, the stock markets in both the United States and Europe rose around 7%, comfortably offsetting the steep correction of the previous week.

No blue wave in America...

The widely accepted view was that the stock markets would react positively to a clear and convincing election victory that would give the President’s camp both the House and the Senate. Instead, the election results proved to be the worst-case scenario (very small majorities, endless counting, legal challenges and recounts, and what’s more, Donald Trump refusing to accept his defeat). Moreover, Congress remains divided: the Democrats keep the majority in the House of Representatives, while the fight continues for the Senate, with 48 seats for each party. But it is more likely that the Republicans will end up gaining the majority. The allocation of the remaining 4 seats could continue until early January, as a second round shall be organised in Georgia.

Although Joe Biden eventually won the election, we were a long way off the “blue wave” that the markets had hoped for. With a record participation rate, the Democrat won 74 million votes and Donald Trump, 71 million. This small (barely 2%) gap is much narrower than the polls had forecast (7-10%). Moreover, in view of ongoing difficult negotiations with the Republican Senate, the long-awaited incentives programme could still take a while and may not reach the massive amounts hoped for. Against this backdrop of uncertainty and the prospect of shared decision-making powers, we would have expected jitters and volatility on the markets.

... but instead a green wave in stock markets

The near-euphoric reaction in the markets last week was initially difficult to explain. That said, after a steep correction in the previous week, this political event has finally dispelled a great amount of uncertainty. As for the peak of uncertainty dominating the markets in the previous week, we had seen it as a buy opportunity. Now suddenly the markets are accepting the idea that the Senate is not the same colour as the President. They consider it as a guarantee that Joe Biden will not succeed in carrying out his plans for tax increases and tougher regulation, but will succeed in pushing through a sufficient incentives programme and improve international relations with the European Union and China. The technology and health care sectors particularly benefited from reduced fears of tighter regulation.

In both China and the US, business confidence increased further in October. The ISM Manufacturing index (59 points) and the equivalent index for Services (57 points) beat expectations, while in Europe the PMI Services index dropped below 50 points in the wake of new lockdowns. The continued US economic recovery is reflected in the employment report: 638,000 jobs were created in October, pushing down the unemployment rate more than expected, i.e. from 7.9% to 6.9%. Fed Chairman Jerome Powell warned, however, that this trend could not be extrapolated and that the current resurgence of the Coronavirus was likely to hamper (or annihilate) the economic recovery. This is the scenario we are seeing in Europe. While the second wave has now more or less peaked in Europe, the pandemic still appears to be gathering speed in the United States.

A double-dip recession in Europe

After the historically strong recovery in the third quarter, Q4 should end in a double-dip recession in the wake of the second wave of contaminations and new lockdowns ordered in most European countries. That said, this recession will not necessarily be as deep as in the second quarter. For the full year 2020, the European Commission now expects a historic contraction of 7.8% in the eurozone, and even 10% in the countries most affected by the pandemic: Spain, Italy and France. The euro area should then enter a phase of a gradual recovery, growing by 4.2% in 2021 and 3% in 2022. This means that we will need to wait until 2023 for the European economy to recover fully and return to its pre-Coronavirus crisis level. Note that this forecast does not take into account the scenario of a ‘hard’ Brexit.

This week will be crucial for another hot political topic, namely the negotiations for a post-Brexit trade agreement. Mid-November is considered as the deadline for reaching an agreement, as it would still need to be ratified by the parliaments before year-end. The different parties are rather willing to negotiate, but there are still huge differences of opinion. We are therefore curious to see how the markets will manage the suspense of this final chapter, and whether the uncertainty will disappear soon.