The stock markets have staged a comeback but will it be confirmed?

Equity markets have posted an unlikely rally since their March lows 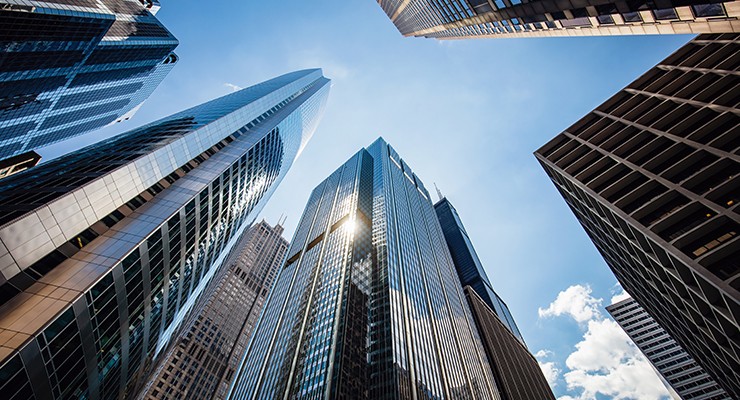 Chronicle of a singular recovery

In February and March when equity markets were in free fall and the pandemic was raging, we stressed that although no one was in a position to pinpoint the floor, the markets were extremely pessimistic about the future, thus offering an historic buying opportunity. For the S&P500 index, like other global stock markets, this floor was reached on 23 March, at 2191 points. No one would have thought, at the time, that just over two months later, the most prestigious index in the world would climb back to above 3,000 points and that observers would be speculating that the Nasdaq might deliver a positive performance for the year as a whole.  And to be honest, this turnaround has exceeded our most optimistic forecasts.

In hindsight, it is easier to explain these movements. After the initial panic phase, during which the markets were gripped with fear that central banks and authorities had neither the means nor the resolve to support the markets sufficiently, an unprecedented amount of liquidity flooded the markets. Never before have purchases of debt instruments been made on such a huge scale. The Federal Reserve's balance sheet now tops USD 7,000 billion, and the authorities have not stopped.

Meanwhile, the US authorities have pumped more than 20% of GDP into the troubled economy. In Europe, the markets for risk have strongly priced in the prospect of the creation of a pan-European fund of EUR 750 billion in addition to the individual incentive schemes of member states. We cannot emphasise enough the importance of these cash flows into equity markets, because without this intervention, the indices would be at very different levels.

Of course, the stock markets also take hope from the fact that the pandemic appears to be progressively under control worldwide and that easing lockdown measures have not increased the number of contamination cases, so far.  This latter point is likely to allay fears of a second wave of the virus.

Is the economic reality still in conflict with the reality in the markets?

Economic data remain extremely weak, but the sheer extent of the damage to the global economy caused by lockdown is gradually being confirmed.  On the other hand, newsflow is particularly upbeat at the moment. All the segments of the economy that were interrupted are now slowly reopening.

For the time being, there is a contrast between the deplorable economic data and the good stock market performance. It is difficult to understand that the loss of 20 million jobs can share the news headlines with a 400-point rise in the Dow Jones! In addition to central bank intervention, the markets are benefiting not only from hopes of an improvement, but also from the growing belief that the post-Coronavirus world will be characterised by rising inflation, persistently low interest rates and therefore negative real interest rates. In the past this ‘cocktail’ of factors provided a favourable environment to invest in real assets (equities, real estate, gold) but was very unfavourable for cash, because the purchasing power for cash investors was eroded by inflation.

How will the recovery unfold?

We initially expected a rapid V-shaped recovery. Our scenario was that the sharp economic downturn caused by lockdowns would be followed by a similar rapid recovery as soon as the economy reopened.  In the meantime, we believe that the recovery could be slower than expected and unevenly spread across regions and sectors. Once again, a certain nuance is required.

The mere fact that the global economy is moving from lockdown status to a partial reopening is reflected in the sharp improvement in economic indicators. Furthermore, the savings rate was extremely high in April, reaching 33% of disposable income in the United States, amounting to a few thousand billion dollars! So we can assume that some of this capital will flow into the economy when it reopens.  In other words, the initial recovery could come in the form of a ‘V’.

Beyond this, the situation is clearly more complicated. The big question is how many people will be willing to spend if they fear losing their job? And how many companies will invest when they need to recover from the economic shock and are more likely to shore up their balance sheet?  Only time will tell to what extent (and for how long) the shock will weigh on the collective unconsciousness. But disappointments are looming, and our base-case scenario remains a ‘U’ recovery (after a vigorous surge) and what Americans call the ‘90% economy’ (the first percentage points of the upswing will be easy, but a return to the pre-pandemic level will prove difficult).

Political and geopolitical news back in the spotlight

Political and geopolitical risks have faded for the moment thanks to central bank liquidity and optimism about the recovery. That said, they may come back to the fore in the coming weeks and months. We should not forget the fast-approaching elections in the US. The unwritten rule of American politics is that the incumbent president is usually re-elected for a second mandate if the country is enjoying a strong economy (which is not the case now).

Moreover, there are vast differences of opinion on future policy between the Democrats and Republicans.  The country is increasingly divided and the recent riots partly reflect this dissent.  As such, political uncertainty is likely to lead to market volatility.  Added to this is the intertwined connection between the present context and the wobbly relations between the US and China. It would be a mistake to imagine that these relationships will improve on their own if Joe Biden becomes president. The requirements imposed on China would certainly be of a different nature (for example, more focused on human rights), but they would nevertheless be restrictive. It would be an exaggeration to talk of another Cold War, but it is almost certain that the interests of the two great powers will clash for a long time, particularly in the area of technology. According to the polls, Donald Trump is slightly behind Joe Biden, but we expect his actions to be more unpredictable and volatile as this gap widens.

Let’s not forget that Brexit negotiations are going to resume in Europe and they may prove painstaking once again.

To sum up, although the stock markets are obviously happy with the way things have been going, we cannot deny that stock indices have risen very rapidly. In the longer term, we expect the situation to normalise, and assume that the authorities and central banks will continue to flood the world with liquidity and incentives. However, the economic downturn is likely to persist for some time, and new geopolitical risks will emerge.  Within a few years the markets should regain their value but we are not chasing prices higher in the current environment. Instead, we will take advantage of the dips to accumulate quality stocks.

A few months ago, we were trapped in a dark tunnel. Since then we have come a long way and we now see the light at the other end of it. But much will depend on the new (investment) reality ahead of us. We will keep you informed of the developments.