Will this crisis lead to inflation or deflation?

In the medium term we continue to expect deflation to be the main risk. 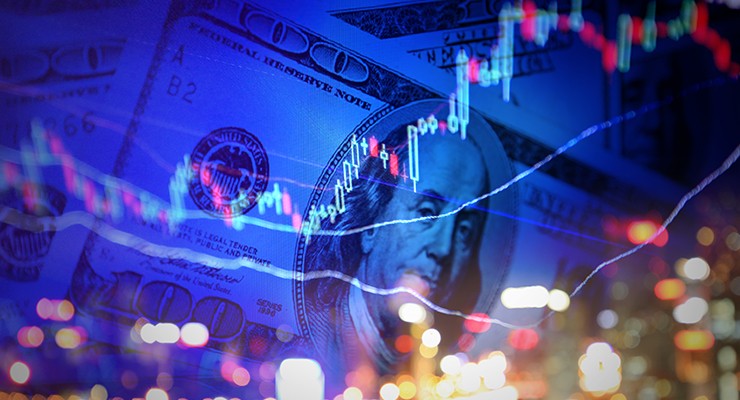 In the medium term we continue to expect deflation to be the main risk. However, our base-case scenario is that inflation will recover gradually as policy measures are implemented, thus improving business and consumer sentiment along the way. This should help normalise the job market, wage dynamics and credit growth over the next two years.

Inflation dynamics are a complex mechanism between the supply and demand of goods and services. The usual approach is through so-called ‘wage dynamics’. When demand for goods and services increases, the economy faces supply constraints. This is mostly the case via shortages of labour. Then wage growth accelerates and the higher purchasing power generates an excess demand for goods and services. This leads to a so-called ‘wage-price spiral’. Other sources of inflation are external shocks, such oil price shocks. Structural changes such as productivity shocks, excessive money creation and/or globalization can also play a role. The main drivers in past decades led to falling inflation. These were globalization, which gave rise to cheaper goods and services (via cheap labour), structurally high unemployment (especially in Europe), and disciplined inflation targeting by central banks and low oil prices. No wonder long-term inflation expectations fell. This affects price and wage negotiations and keeps current inflation contained.

Chart available in the PDF at the end of the article.

In the short term, we expect the recessionary environment in the wake of Covid-19 to lead to disinflation especially in developed economies. Supply and demand effects will come into play, and we expect the sharp fall in demand to reverse slowly over the coming months. Even though temporary supply chain constraints could put pressure on some prices, the main effect on inflation should be negative. Looking closer at sector dynamics, the conclusion is the same. Indeed, we should see strong deflationary pressure in sectors like leisure and tourism, but also in sectors highly dependent on energy. For 2020, inflation should only reach 1% in developed economies and stabilise at close to zero in the eurozone and Japan.

Inflation or deflation in the medium term?

Analysts forecasting a sharp rise in inflation frequently back up their argument by referring to the massive money injections by central banks and expansionary fiscal policies. So we start by looking at the short-term and medium-term fiscal measures. The short-term measures are aimed at curbing the negative effects on the labour market: income support for company employees and the self-employed, and an option for businesses to use temporary unemployment schemes to avoid bearing the costs or making people redundant (e.g. the German “Kurzarbeit” model). Medium-term measures will help to shore up demand once lockdown periods are lifted.

We see no reason to worry at this stage that fiscal policies will lead to an acceleration of prices. As we know, inflation accelerates when demand outstrips supply. Therefore, we do not expect this scenario in the near term. Indeed, it will take some time before normal life resumes and demand stimulus packages bear fruit. Also as previously mentioned, most governments are doing whatever it takes to avoid company bankruptcies and cause the redundancy of skilled workers. Supply and demand should thus recover simultaneously.

What about monetary policy? People often raise the question about where central bank money goes. Central banks are mainly buying government bonds, and to a lesser extent, corporate bonds. They are also offering short-term financing to banks in the form of credit lines. We saw this during the financial crisis of 2008/09 when inflation did not accelerate beyond the 2% target. On the contrary, long-term inflation expectations have been falling dangerously towards zero in the eurozone and 1% in the US. How can this be? The key lies in the ‘money multiplier’. This is the mechanism through which money is injected by a central bank via bond purchases, for example. It comes back in the form of deposits at commercial banks, which in turn, grant loans. The money multiplier mainly depends on credit demand from companies and households. This is usually linked to investment opportunities and confidence in future economic growth and productivity gains. Indeed, over the last few years credit demand growth has remained low precisely due to weak business and consumer sentiment. Thus, money multipliers have been falling in parallel with money creation by central banks. The bulk of created money was ‘stuck’ at commercial banks and did not lead to higher demand for goods and services via credits. We see no reason to expect this to be different in the coming years. Of course, it will be important to monitor credit growth. If needed, central banks can also reduce money supply as the Fed has done in recent years.

It is too early to conclude that medium-term deflationary risks are not real. On the contrary, deflationary risks are still dominant. The driving forces of deflation are weak potential economic growth (due to low productivity and demographics), a transition period with higher unemployment, higher saving ratios (people reassessing their ‘permanent income’ and negative stock market wealth effects) as well as downward price pressure due to digitalization and e-commerce. A key unknown is the oil price trend. We expect oil prices to recover gradually over the coming year as supply is cut drastically, some oil producers go out of business, oil majors slash investments, and perhaps further coordinated reductions in production (OPEC+) are decided. In the short term, prices might stay extremely low since the current level of supply massively exceeds demand, and storage capacities are saturated. Over the coming year, the oil price (Brent) should return to the $45-55 range. Inflation expectations have played a key role in recent years, falling to record lows. Moreover, inflation expectations measured by inflation derivatives (swap contracts) have tumbled even more in recent weeks despite the raft of policy measures announced. Inflation expectations based on surveys are still lagging and we will need to monitor figures over the coming months.

Chart available in the PDF at the end of the article.

In the medium term, we continue to expect deflation to be the main risk. However, our base-case scenario is that inflation will recover gradually as policy measures are implemented, which will improve business and consumer sentiment. This in turn should help to normalise the job market, wage dynamics and credit growth over the next two years. For 2021, inflation should approach 2% in most developed economies while stabilising close to 1% in the eurozone. In Japan, inflation is set to remain close to zero.