Shining a light on women in science: Sandra Rey
YOUR WEALTH
HAS A VOICE.
LET IT BE HEARD.

#InspiringWomen - Shining a Light on Women in Science

#INSPIRINGWOMEN – On July 3rd, Sandra Rey, founder & CEO of Glowee, showed us the wonders of bioluminescence at our Impact Journey event. Here’s her advice for women entrepreneurs.

Marie Curie, Jane Goodall, Sara Seager, Rosalind Franklin... These great women of science still receive too little recognition. In addition to their contributions, there is a whole wealth of unexploited potential that women can offer. According to UNESCO[1], only 28.8% of researchers around the world are women and women are also minorities in science and technology firms. As an example, only 11% of management positions in Silicon Valley companies are held by women[2]. In Europe in 2017, only 32.7% of high-tech workers were women.

Many obstacles lie in the academic path of young women, from stereotypes to self-censorship and worries about entering into a male-dominated field. The percentage of women choosing scientific fields in school and in their careers is dropping dramatically. There are many ways to encourage young women to decide science is their vocation and to help them fully contribute to technological and scientific progress. We can shine a light on potential pathways and careers as well as women scientists who can be role models. We can also assist women through mentoring and networking.

As a woman entrepreneur in the biotechnology field, Sandra Rey debunks misconceptions about what women can do. After studying design and earning a master’s degree is social entrepreneurship, Rey founded Glowee in 2013. This start-up was built on a simple idea: to reproduce bioluminescence, a natural phenomenon in which living organisms produce light.  Glowee successfully developed a material that offers an eco-friendly alternative to lighting that uses electricity. As one of the few women entrepreneurs in the biotech field in France, Sandra Rey receives a certain amount of visibility in the media. She has just one piece of advice for women entrepreneurs: to dare to dedicate themselves to an adventure.

“The only advice I can give is to dare because you have nothing to lose in trying an entrepreneurial journey. Even if it i  very complicated, it’s the best way to learn things. And if you fail, you’ll just have learned so much.”

At the 2nd annual Impact Journey event, a few hundred BNP Paribas Wealth Management clients were able to learn about Glowee alongside other initiatives that aim to protect the oceans and preserve biodiversity.

Understand, serve and celebrate: find out more about our commitment to #InspiringWomen. 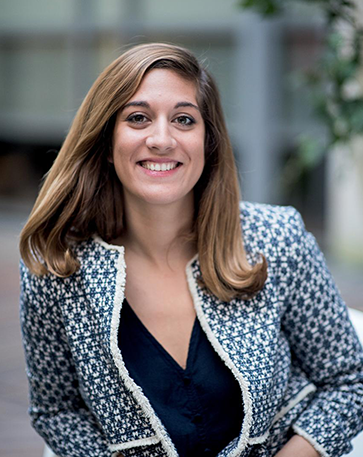 Sandra is a passionate and dreamy entrepreneur. During her professional experience, she has always soaked in innovative environments. This led her to participate in a student contest about synthetic biology where she started to wondered about the economic and ecologic issues of electrical lighting. The idea of what would later become Glowee came to her as she watched a TV show about deep-sea bioluminescent creatures. Using bio-mimetic techniques, Sandra found a way to reproduce a natural source of lightning using organic material. Her ambition: to revolutionize the way we illuminate our cities! Sandra keeps a naïve, optimistic yet realistic vision on the mutation of tomorrow’s energetic models.