Sustainable investments : Eye on the ROI

Making an impact has never been so important for the world’s wealth creators, but investments must also measure up financially.

Elite Entrepreneurs’ commitment to socially responsible investments (SRI) has soared in recent years, but amid the altruistic allure of using their wealth to do good, today’s business owners are also now more focused on monitoring the return on these assets.

Almost four in 10 Elite entrepreneurs now judge impact a critical measure of business success, up from just 10% in 2016, according to the new 2019 BNP Paribas Entrepreneur Report.

A total of 26% of the 2,763 business owners polled as part of the worldwide survey held socially responsible investments within their portfolio, part of a growing trend among entrepreneurs to focus on sustainability as a key priority.

However, these “impact seekers” are also keen to monitor the success of these SRIs, not just in terms of social and environmental impact, but also in terms of financial return.

A total of 49% now measure the success of their SRIs according to the returns achieved, up from just 18% a year earlier, illustrating a key evolution in the mindset of Elite Entrepreneurs. 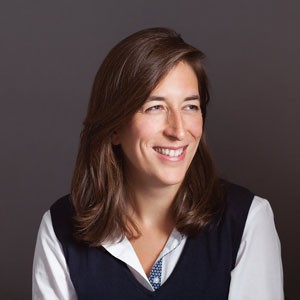 “Entrepreneurs are used to following KPIs when managing their companies. They want to do the same when investing responsibly. And financial return is far from being the only factor anymore.”

Other popular metrics include assessing whether the investments had shrunk the carbon footprint (41%), improved healthcare access (41%), increased workforce diversity (35%), expanded access to education (33%) and reduced unemployment (28%), according to the report, which was produced in association with Scorpio Partnership.

“We expect a good return – that’s the difference between impact investing and venture philanthropy or philanthropic investing. You measure not only the finances but also the impact. Some people are willing to have a smaller a financial return because of the impact they're creating, while others want to make an impact but still have the same level of returns they’d get if they were investing in any other venture.”

Founder and CEO of Vienna’s Brainswork, which discovers and develops businesses and connects them with about 130 partners worldwide.

Successful companies are better equipped to make a bigger social impact, which is why entrepreneurs now scrutinise their SRIs more closely.

Entrepreneurs surveyed by BNP Paribas Wealth Management also believe the causes they champion, such as combating climate change and protecting the environment, will offer new commercial opportunities, with 30% stating sustainable investments will be high growth assets in the future

This is underscored by a belief that companies acting now to combat social and environmental threats will outperform those that are not.

According to the report, 60% of impact seekers invest in socially responsible investment (SRI) funds. Impact investment funds (54%), social impact bonds (46%) and green bonds (42%) are other popular investment vehicles among entrepreneurs.