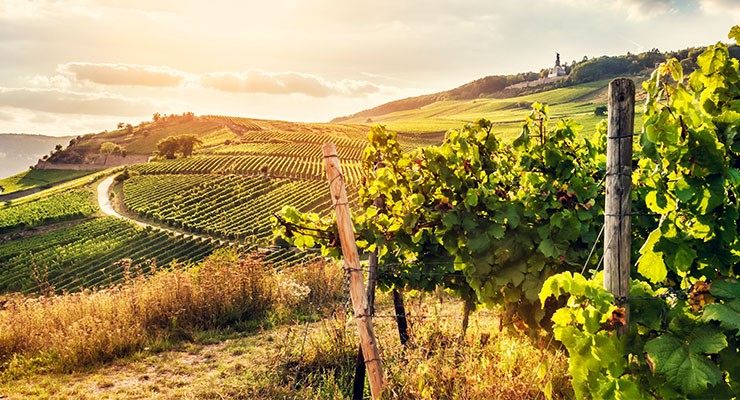 Organic farming accounts for less than 5% of the world’s cultivated surface area, but is growing at a spectacular pace! The rural world, farmers and winemakers are not alien to this new phenomenon.

Between 2000 and 2015, the number of organic farms in the world increased by 9.6x and the organic utilised agricultural area (UAA) by 3.3x. By contrast, organic farming soared in Australia, New Zealand and Europe.

In France, the organic winegrowing area has increased fourfold in ten years. Today, organic vines occupy one in ten hectares, and by 2023, French organic wine production is set to double. That said, we cannot imagine that all French vineyards will turn organic one day.

In 2021, France will consume twice as much organic wine as in 2013 and could become the world’s largest consumers of organic wine, twice the volume of Germany, the UK and the US. On this basis, it would account for 20% of world consumption.

RESPECT FOR THE ENVIRONMENT: THE MAIN REASON FOR CONSUMING ORGANIC WINE

In 2020, the Covid-19 crisis has revealed an ever-changing world where citizens and consumers expect a growing awareness of the need to preserve the planet, a more positive impact on social and environmental issues and more resources in the health care sector. 60 % of French consumers of organic wine say they choose this category of products because its cultivation and production are environmentally friendly. Winemakers must more generally solve the tricky equation of meeting consumer demands while reining in production costs. Technical advance, organic controls, innovation and communication must help the wine sector to progress, in a sustainable and positive way, towards greater transparency and awareness of consumer demands.

French vineyard markets: what are the key figures for 2016?

With the French vineyard sector in better financial health, barely any appellations saw a fall in the price of land in 2016.

The value of forest land remains uncorrelated to gross yields.