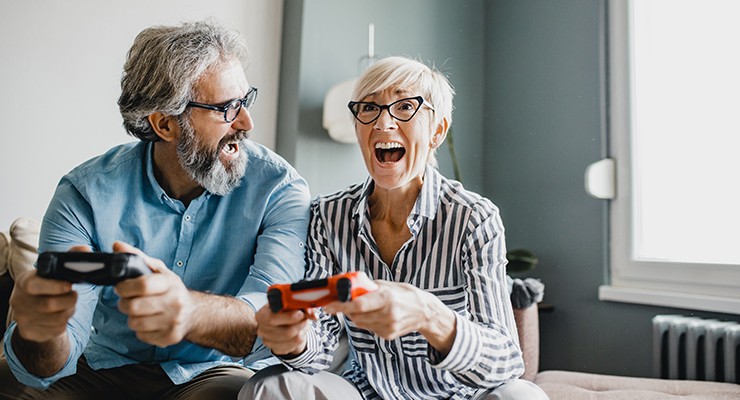 The Metaverse is a universe beyond the physical world. It takes users into a virtual world which connects different digital environments, and it aims to be the future iteration of the internet.

Adoption of the Metaverse is on the rise. People who like to spend more time at home are using such applications to connect and interact with friends and family.

Step into a new cyber world: Ready, Player One?

Since the 1980s, cyberspace has been a frequent topic for science fiction authors and futurists, who dream of a convergence of data. In cyberspace, a global network, separated from everyday reality, would allow millions of users to interact, share information, make financial transactions and play games, to name but a few usages.

What is the Metaverse? It is the concept of cyberspace made real. More precisely, it is a shared virtual 3D world (or worlds) that is/are interactive, immersive and collaborative.

Just as the physical universe is several worlds interconnected in space, the Metaverse is considered to be an amalgamation of worlds. It will become the Internet of Internets, offering a seamless and immersive experience. Today, servers hosting hundreds of players, a virtual and robust economy, and in-game experiences created by other users, plus online exercise and dating apps are all protoversions of this Metaverse.

Massive online social apps and games have really taken off during the COVID-19 pandemic. Popular titles include Battle Royale, Juggernaut, and Fortnite, as well as user-created virtual worlds, such as Minecraft and Roblox.

In its current form, the Metaverse already encompasses the use of Virtual Reality (VR) headsets, allowing for interaction between multiple parties in a virtual space.

The pandemic has ushered in the adoption of Augmented Reality/Virtual Reality (AR/VR) in the form of games, such as Pokémon Go. Moreover, it has allowed co-workers to “meet” and communicate remotely in an online business setting. Meanwhile friends and family members can enjoy a social virtual setting that would have been otherwise impossible.

The health app Zwift demonstrates the potential of this megatrend, allowing users to “run” or “cycle” with people located on the other side of the world, using any programmed cycle route in the globe. Games like Roblox allow users to create “games” using the basic Roblox gaming platform, and to be incentivised as they compete with other gamers. This may eventually create a functioning economy as well as a virtual civilization.

The Metaverse is set to become a platform that is not linked to a single app or place — whether digital or real. Just as virtual places will mirror the physical world, so will the objects and identities, allowing digital goods and identities to move from one virtual world to another, and even into the real world, through augmented reality.

Technology adoption vital to the Metaverse

The concept of Metaverse is not new. The idea was made popular in 2018 following the success of a novel by Ernest Cline, and the subsequent Steven Spielberg’s science fiction film Ready Player One, which showcased the potential of Virtual Reality.

The technology leap we have witnessed over the last 20 years has made this concept a reality.

Connectivity is at the heart of the Metaverse. As of January 2021 there were 4.66 billion active internet users worldwide – nearly 60% of the global population. This elevated internet penetration rate is a testament to the necessary technology infrastructure which is making the Metaverse concept a reality.

Apart from accessibility, speed is paramount. Hence it is no coincidence that the concept is increasingly relevant as we move towards newer and faster 5G connection.

Importantly, consumer-facing company sponsorship is necessary to promote mass adoption. In this regard, the global social networking giant, Facebook, has recently announced a name change of its parent company to “Meta”, to reflect the Metaverse theme.

Investors may gain exposure to this theme via: