GLOBAL EQUITIES: IN NEED OF CONFIRMATIONS

The equity market rally that began mid-February shows clear signs of tiredness. Can equity markets find new catalysts over coming months or will they undergo a phase of digestion? What is their medium-term outlook? Which ones are to be favoured? 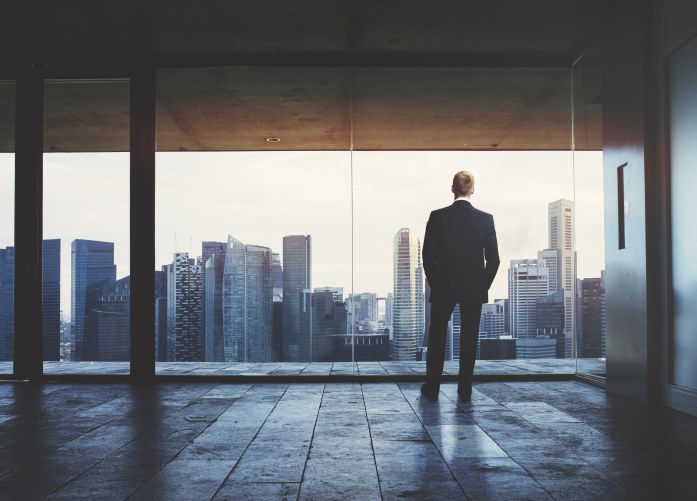 In the waiting room

The rally that began mid-February with a recovering oil price and renewed reflationary efforts, mainly from China, the ECB and the Fed, continued in April.

This has been made possible by signs that China growth is improving, by earnings releases not as bad as feared and by weakening currencies for the two stock market laggards that the euro area and Japan had been. Now, earnings-based valuations are back to their highs of the past decade whilst the price-to-book ratio is slightly above its 10-year average.

Valuations become more attractive when looking at dividend yields - above 2.5% for global equities – and comparing them to bond yields. We believe that the combination of relatively expensive markets, low single-digit earnings growth with a lack of catalysts at a time of rising political risks will result in a period of volatility for stock markets, before fundamentals allow them to resume a moderate uptrend later in the year.

The world we live in: sub-par growth and weak earnings expansion potential

The “global demand deficiency syndrome” leads companies to refrain from investing; meanwhile, governments are reluctant to make reforms and to increase spending due to budget deficits that are sizeable.

Debt mountains are limiting spending growth to rates below those of income growth. This background renders the outlook for corporate results difficult: top-line expansion is constrained on both volumes and prices whilst the bottom line can no longer be boosted by declining financial and amortisation charges, and lower tax rates. Likewise, wages are at very low levels as a share of GDP and seeing upward pressures.

Operational leverage will be difficult to attain outside of the euro zone and of Japan. We live in a world in which earnings growth will increasingly adjust itself to sales growth rates, i.e. to low single-digit expansion rates.

Near-term outlook: catalysts are missing, as we enter a seasonally weaker period

The earnings season is getting advanced, leaving investors with the question of what would potential stock price movers be after we leave it behind. Macro news is likely to stay uninspiring and political risks will occupy investors’ minds, particularly the Brexit issue.

This is a recipe for a period of volatile trading. Sentiment shifts could potentially be abrupt but as long as fundamentals remain on the right path, then price weaknesses are to be considered as temporary. Technical indicators send mostly neutral messages currently. We are slowly entering a seasonally weaker period.

By the end of the year, stock markets should nevertheless be able to reach slightly higher levels than today, which leaves equities as an attractive asset class for the medium term.

Earnings hold the keys for our medium-term positive view

Current valuations imply that the global economy and earnings remain positively oriented. This is our scenario. To keep progressing, markets need delivery of these expectations. At this stage of the cycle, i.e. when the Federal Reserve looks for opportunities to raise rates, the main driver of returns is earnings.

For 2016, we count on global earnings growth approximating 3%, which should then give way to slightly faster growth in 2017 as one of the major component of indices, financials, sees margin pressures retreating and benefits from higher levels of activity. At the same time, operational leverage should come into play, particularly in the euro zone and in Japan.

On the other hand, higher wage costs, the fading of the contribution to the bottom line of lower commodity prices to non-energy sectors and of lower interest rate charges will limit the room for earnings growth to a single-digit rate. Hence, the consensus expectation of earnings growth averaging 13% in 2017 on a global basis seems to us clearly too high. A major implication is that stock markets will have moderate upside potential over the medium term. Thus, dividends will provide a significant contribution to the total return of equity investments.

The rapid recovery of emerging markets since their January 21 low is interpreted as nothing else than an oversold rebound. Its main drivers have been a reversal in the oil price starting on the same date and a weakening in the US currency, which provides breathing space for many emerging countries.

The area’s fundamentals are supportive, based on such signs as domestic demand resiliency, good loan growth rates, M1 expansion dynamics or new order trend. Earnings are still at cyclically-depressed levels; but because they are leveraged to the global cycle, a moderate improvement in the latter as we get closer to 2017 should help asset turnover to accelerate and margins to improve.

Monetary policy will stay ultra-accommodative for a considerable period of time still. A progressive move of the EUR/USD parity to 1.08 should also contribute to the positive outlook. In terms of valuations, they do not seem particularly attractive, as earnings are still depressed but precisely because they are depressed this gives the euro area stock market above average potential.

The fact that bonds are very expensive and that dividend yields are not that far from 4% brings good valuation support. The main negative, and a very important one, is the Brexit vote on June 23.

The recent timid weakening in the yen - by 3% after a rise of 13% in the previous 6 months - has brought some life back into Japanese stocks, allowing them to surpass their 50-day moving average. This is small consolation. The macro background remains poor, characterized by a broad-based deterioration (industrial production, retail sales, exports…) and disappointingly low inflation, with a core rate under 1%.

Abenomics 1.0 is struggling in fighting structural deflation and reviving domestic activity. Particularly disappointing is the poor improvement in wages. Abenomics 2.0 is around the corner and should be a key catalyst. Authorities are frontloading fiscal spending into 1H, a supplementary budget should be announced soon, the sales tax increase has good chances of being postponed ahead of the July Upper House elections, structural reforms will continue and the BoJ is likely to contribute to reflationary efforts.

Based on an expected decline in the yen to 120 against the US dollar, a lower corporate tax rate that boosts earnings by 3 percentage points, reductions in special charges (restructuring and asset impairment), continued share buybacks and slightly better growth dynamics for the global economy, earnings should be able to expand moderately this year. M&A activity should not be forgotten as a positive.

Finally, valuations are clearly supportive, with a 12-month forward PE around 13 times.

Neutral on US stocks, as they reach a mature phase

We recently downgraded our stance on US stocks from positive to neutral for essentially three reasons: rising pressures on corporate margins, valuations and the impact of rate hikes by the Fed on leadership in equity markets. The S&P500 bull market is reaching a very respectable age. It is now becoming the second longest in history.

Fortunately, bull markets do not die from old age. The economic background stays supportive and earnings are unlikely to receive the same hit as in 2015, when dollar strengthening and the oil price slump have been hurting heavily.

Earnings will however encounter increasing difficulties in progressing faster than sales as margins suffer from the combination of a lack of pricing power and of an expected acceleration in wage growth. In addition, the positive contribution of share buybacks will fade given that companies have releveraged their balance sheets significantly over the last few years, allowing share buybacks to contribute to one-third to earnings growth over that period.

What about the UK?

The Brexit risk has not been weighing on UK equities until now. They have remained very resilient not least because the sharp drop in the pound since the middle of 2015 (12%) is seen as a positive for competition (70% of sales are generated outside the UK).

Another reason for resiliency is the defensive character of the UK equity market (despite the heavy weight of oil and mining companies, which make up 17% of the index). As a result, UK stocks trade at a premium to global equities, based on PEs, which is a very rare phenomenon. In case of a vote for Brexit on June 23, then UK stocks would be hurt heavily because of the strong negative impact on domestic activity (consumer discretionary and utilities) and on the financial sector.

In case of a vote to remain in the EU, then the outlook would still remain less attractive than for other stock markets, because of decelerating growth rates due mainly to lower levels of consumption. There is an intensifying fiscal squeeze hurting household disposable income and the outlook for jobs is deteriorating because of the poor outlook in the oil industry, for capital expenditure and for exports. Consensus expectations for earnings are for a decline in 2016 versus a 4% rise for global equities.

Emerging markets: staying neutral, risks are of a false start

Emerging markets have taken advantage from a weakening in the US currency with the Fed having clearly stated that it intends to proceed cautiously with rate hikes, from stabilisation in China’s currency and an improving economic momentum in this country on the back of monetary and budgetary stimuli, from an easing in US recession fears and from a strong rebound in the oil price.

The probability that the recent better economic trends are only reflective of a positive mini cycle is high. Meanwhile, corporate fundamentals have not improved and the Federal Reserve is still on the lookout for opportunities to raise rates, which would weigh anew on emerging stock markets through some new strengthening in the dollar and an adverse impact on domestic policy flexibility in many countries. The recent rally has deteriorated valuations: the price-to-book has risen to 1.5 times, back to the average of the last five years.