Switzerland – Two years after and what lies ahead

Two years after the Swiss National Bank (SNB) scrapped its currency floor, we review how the Swiss economy fares, whether deflation can be left behind, whether the Swiss franc stays overvalued and when the SNB could begin to shift its policies. 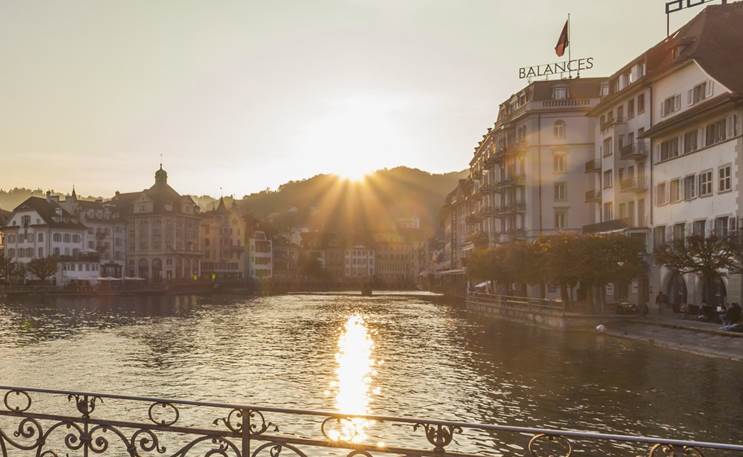 On January 15, 2015 the Swiss National Bank surprised the world with its decisions to scrap the EUR/CHF currency floor of 1.20, which was in place since September 2011, and to lower the interest rate on sight deposits to -0.75%. Those decisions led to a near 20% jump in the value of the Swiss franc versus the euro, Swiss stocks losing nearly 9% and the 10-year government bond yield going into negative territory. Switzerland saw its GDP growth rate falling from 2% in 2014 to 0.8% in 2015. The worst hit areas were manufacturing, retail and tourism.

Since then, economic activity has been performing better than feared, with GDP growth of 1.3% in 2016, thanks to investments, exports and government spending. An important reason why economic activity proved more resilient than feared by many economists and investors is that the effective exchange rate, i.e. the exchange rate that takes into consideration all commercial partners, showed the CHF rising less significantly than it did against the euro. In its latest annual review of the Swiss economy, released last December, the IMF writes: “policies adopted in recent years have aided the recovery and mitigated risks.

The two-pronged approach to monetary policy – combining a negative interest rate with foreign currency purchases – together with support from fiscal policy helped to avert sustained deflation, a prolonged slowdown of the economy and an increase in unemployment following the exit from the exchange rate floor.” These policies limited without doubt downside risks and helped deflation easing from 1.1% in 2015 to 0.4% in 2016.

The economic outlook is good. One of the most followed indicators, the KOF economic barometer, rose strongly and reached its highest level since the end of 2013, to stand clearly above its long-term average. The manufacturing PMI moved sharply up from 54.6 to 57.8 and is back to levels that last prevailed in May 2011. Consumer confidence is at its highest since mid-2014.

The Swiss National Bank nonetheless kept its expansionary policy unchanged at its March 16 meeting, considering that the Swiss franc remains “still significantly overvalued”. “The negative interest rate and the SNB’s willingness to intervene in the foreign exchange market are intended to make Swiss franc investments less attractive, thereby easing pressure on the currency” did it write in its press release. Its baseline scenario sees GDP growth of 1.5% in 2017 and a return of inflation, to 0.3%. It also sees considerable risks, such as the future course of economic policy in the US, elections in Europe and the complex Brexit negotiations.

We have no reason not to concur with the view that Switzerland should continue on its moderate recovery path - with 70% of its activity related to foreign trade and domestic demand well supported by job market trends and population growth - and that deflation is being left behind.

With the passage of time, several political risks should fade and the Swiss franc would then be able to abandon part of its overvaluation. Given the likely slow pace of the reduction in the CHF overvaluation, the SNB will be very patient; it is unlikely to move for the foreseeable future, particularly as inflation is to stay at very low levels. Our reasoning is also based on our expectations of what the European Central Bank (ECB) will do.

We anticipate that the ECB will announce a further reduction in its monthly bond purchase program in the autumn, as deflation risks vanish, and that bond purchases will be stopped by June or September 2018. With regards to interest rates, the ECB could start lifting the deposit rate (from -0.4%) by 10bp in September. It would then gradually bring it to 0% by December 2018. The upshot is that we see the SNB staying lastingly on hold.

The Swiss economy will continue to recover and slowly leave deflation behind. Because of the large range of global political issues, the Swiss franc will see its overvaluation being reduced only slowly. The SNB will therefore stay on hold for quite some time.